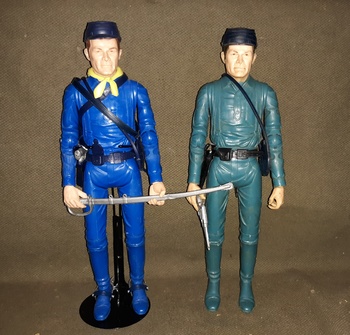 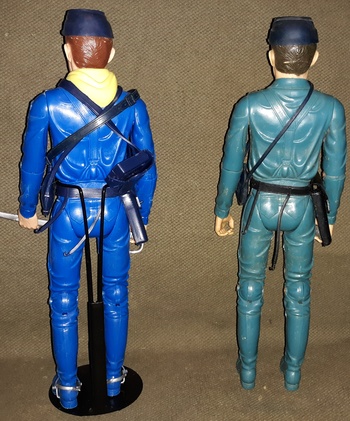 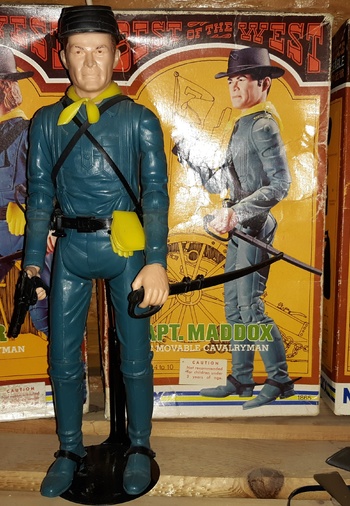 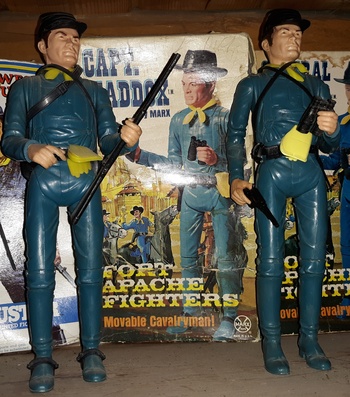 I posted the Maddox figure on the right a few weeks ago and he had no accessories. I got him the most basic pieces he needed which is the belt and hat. Note officially he is Captain Maddox but I make all of mine troopers with the kepi hats. General Custer is the officer and it just seems you can never have enough troopers. Anyway Maddox needs a belt as the body is molded as if the figure is wearing a belt and looks odd with no belt. And it has to be the cavalry belt and those tend to be broken. So now he has the belt Oddly I found the pistol he is holding in my laundry bag.
In the meantime for everyone's entertainment I posted my other Maddoxes. I foegot to menrion the Maddox on the left in the 1st two photos is the royal blue JohnnY West Adventures version from 1975. The others are from between 1968 to 1974. 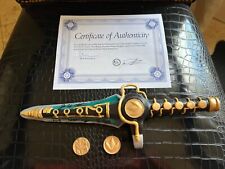 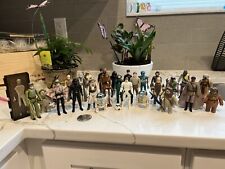 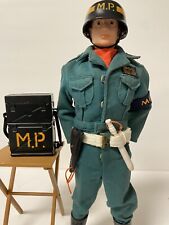 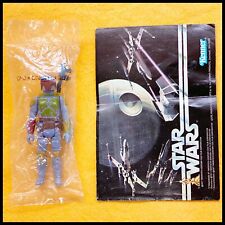