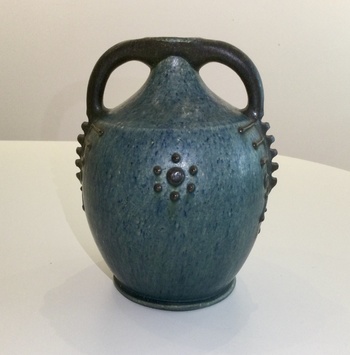 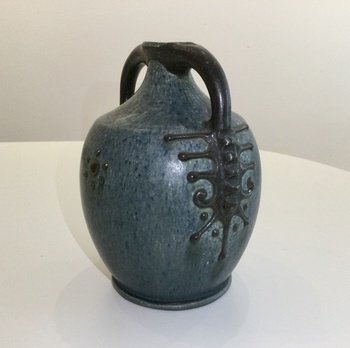 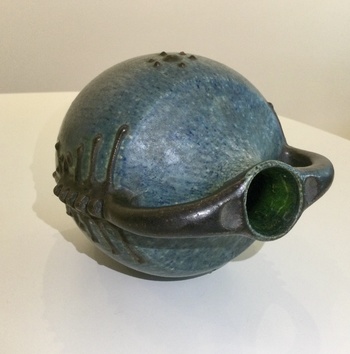 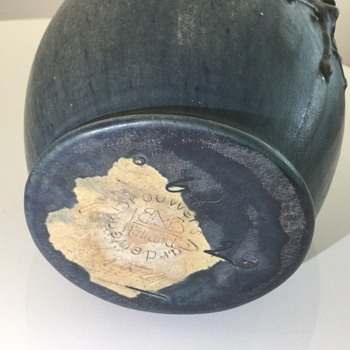 The first day back at Wenty here in Sydney, Australia after more than two years provided me with three nice pieces. This vase was the first buy of the day and is a great addition to my small collection of Dutch art pottery.

Willem Coenraad Brouwer trained at the Tekenschool under Wilhelm Johan Lampe in Leiden and then in Johannes Aarnout Loebèr’s studio for book decoration and lettering until 1898. He then worked at Goedewaagen in Gouda as a potter before setting up his own firm in 1901: Brouwer's Aardewerk Fabriek (Fabriek van Brouwer's Aardewerk). Much of his work there was art pottery that harked back to the colours, forms and techniques of Dutch pottery of the Middle Ages. But he experimented with decorative techniques inspired by the art of the Dutch East Indies and New Zealand. The decorative elements on the handles of this vase are very interesting to my eye.

Earthenware vase with two handles, blue glaze with dark grey glazed handles, made in June, 1912, in Leiderdorp, the Netherlands at Brouwer's Aardewerk Fabriek. This seems to be a design that was created earlier : an earlier example from 1908 can be seen on the net. It was also re-worked with different detail a few years later. 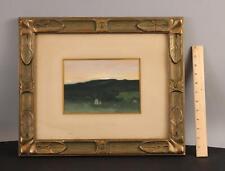 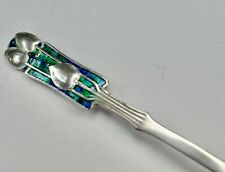 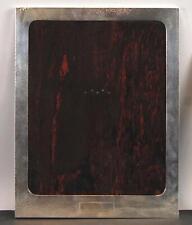