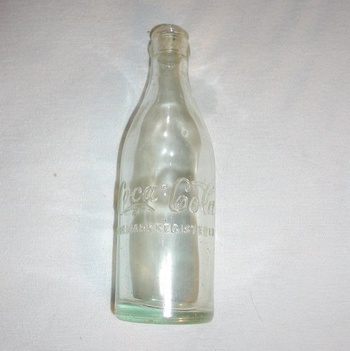 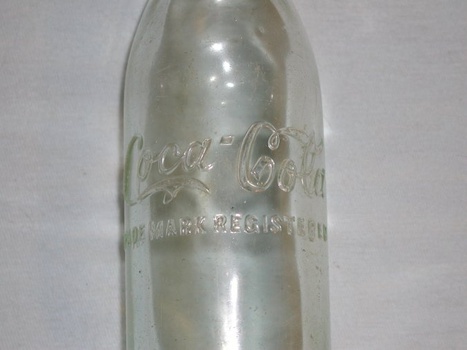 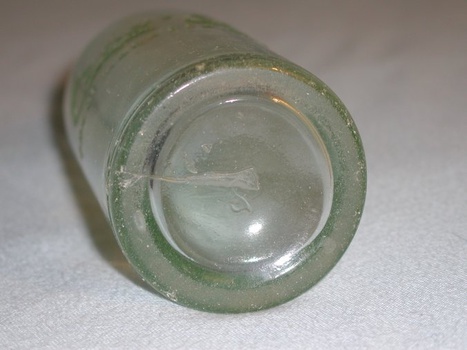 Last year I was running through a stream ( on-on ) and stumbled upon this coke bottle poking out of the sandy bottom and have been wondering about it since. The only printing on it is Coca-Cola/Trademark Registered and what appears to be a backwards 2 on the bottom. The glass is fairly thick with manufacturing defects like impurities, air bubbles and ( I am not sure how to describe this ) a superficial seam that looks like a crack but I do not think is which travels along the bottom to a ripple of glass on the side. One air bubble can be seen in the photos about halfway between A in Mark and the second C in Coca. From the creases it looks like it was created using a three piece mold, front, back and bottom.

Being in a stream it has wear and I am not under any illusion that it is worth anything. I was curious about its possible age and such. I have even considered, living the Atlanta GA area, seeing if the World of Coca-Cola would like it. ( But I doubt they would. )