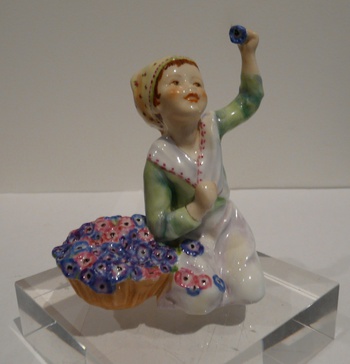 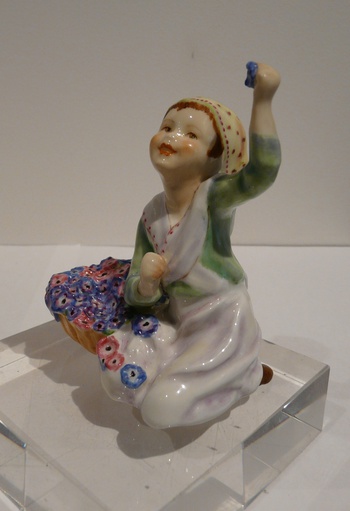 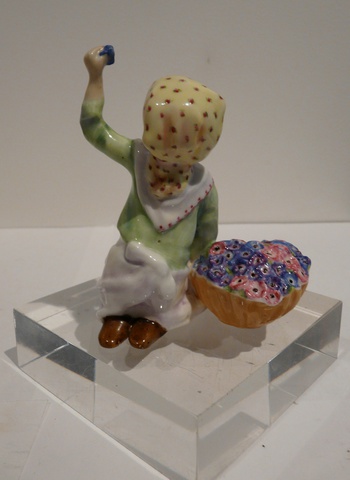 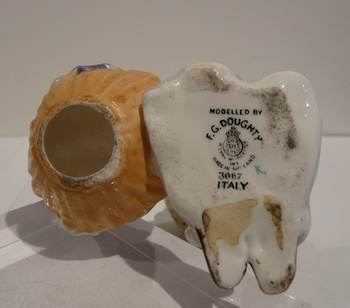 In the 1930's Royal Worcester were in grim financial times. But Charles Dyson Perrins bought the company and hired some female modellers. One of them was Freda Doughty who had great success with some models of children.

This model is number 3067, named Italy a portrait of a girl sitting, selling flowers. It's part of a series called Children of the Nations. It was released in 1934 and was withdrawn in the 1970's. There is a W followed by one dot under the Royal Worcester which dates this example to 1951.

Freda Doughty (1895-1972) was born in San Remo, Italy. She and her elder sister Dorothy (also a modeller) were the daughters of Charles Doughty, the English poet and traveller .... the author of 'Arabia Deserta' and the inspiration for Lawrence of Arabia.

Freda designed over 100 models, most of which were very popular. Her figures were modelled from children who used to play in the garden of her home in Kent that she shared with Dorothy. In later years the two sisters moved to a cottage near Falmouth. Freda died in 1972.