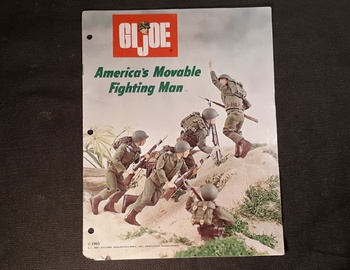 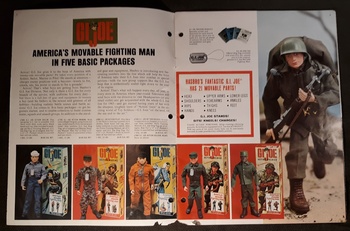 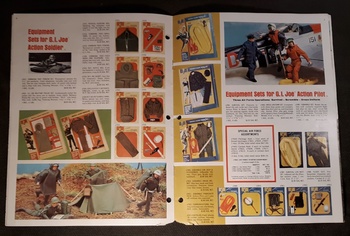 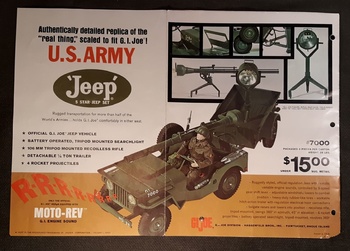 This is the original GI Joe catalog of all the items available and there was a lot. I would need another four pictures to get all of it but I think everyone gets the idea. Photo #2 shows the four basic figures plus the black version of the Action Soldier. There were 64 or 65 equipment/uniform sets. Some of these though were small sets that came with some of the pieces of the large sets. In some cases like the Scramble Pilot you needed to buy the large sets along with the Pilot Helmet only available on a small card. In addition there was the Footlocker and the Jeep as seen in the last photo.
GI Joe was released in 1964 and this is the 1965 catalog. I will have to check my paperwork to see what new items were added that year.I think it was just a few items. 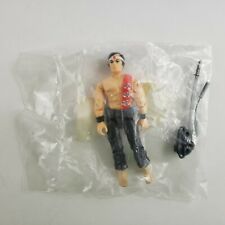 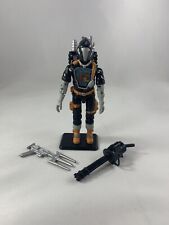