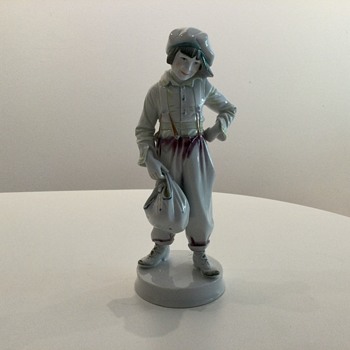 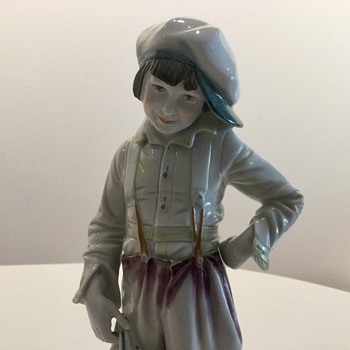 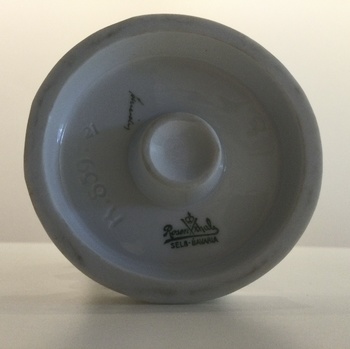 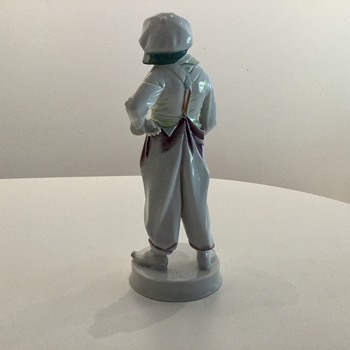 Impressed G.O. on the socle for Gustav Oppel.
The date letter suggests 1927 or maybe 1926 ....
The artist who painted this version signed this figure in grey and it was a mystery to me how to read their signature until a friend in a Rosenthal FB group suggested a reading of 'Schneider'. I believe she is correct.

Jackie Coogan was of course the original child movie star with 'The Kid' of 1921 and his popularity around the world saw the manufacture of items for the fans : photographs, cards and dolls of him and Charlie Chaplin and in this case a representation of Coogan as a young tramp I suppose. The detail of the modelling is extraordinary : the polka dot swag bag is plump and hangs beautifully from the young boy's hand. His eyes engage you. The colours are an interpretation of what was a black and white movie image .... rather fanciful and romantic ... quite unlike what a 'colorised' version might reveal these days. I have seen other versions that had more accurate clothing colours ... but to my eye they are not as fine as this version of mine.

Jackie Coogan later played the role of Uncle Fester in the Adam’s Family in the Sixties, a far cry from what we see here in the Twenties. 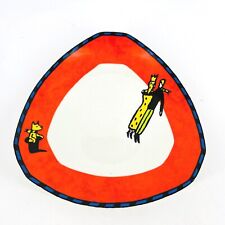 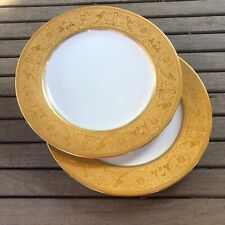 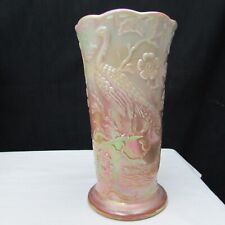 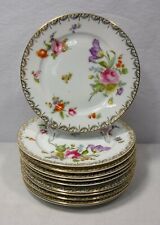