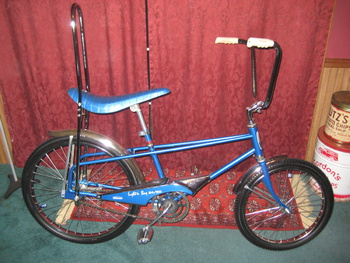 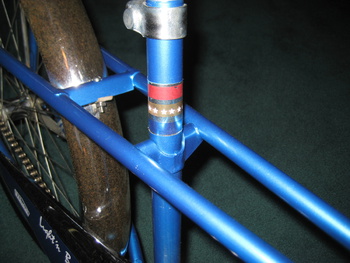 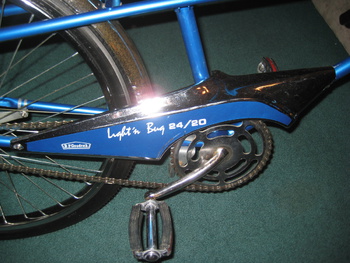 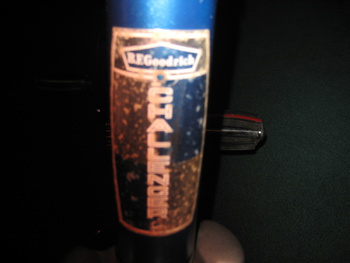 This is my Vintage 20'' 1969 Murray BF GoodRich Challenger "Light'n Bug" 24/20. Me and my dad traded another bicycle and some cash for this bike at a bike show. The owner did not know alot about it and we didnt either at the time. We just thought it looked cool !! So after trading we emailed a guy that is a wizard with Vintage Murray Bikes. He gave me the run down on this one as far as the year and information I was asking. He told me that this bike decoded by the serial # was a 1969 uni-sex bike and that Murray didnt offer boys or girls frame in different design they were the same before 1971. The 24/20 refers to the back wheel being a 24" and the front being a 20". The high sissy bar would have not been on the bike originally but was available at bike shops at that time frame. We have seen several of the same type frame design at local shows made by Western Flyer but this is the only one "Localy" being a BF GoodRich Challenger with the 24/20.