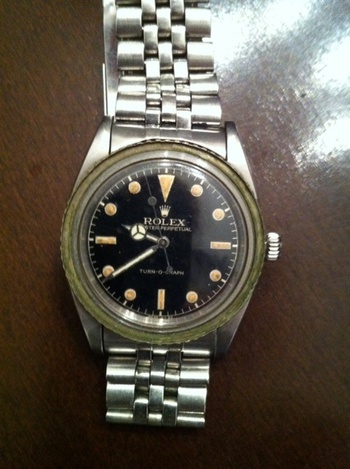 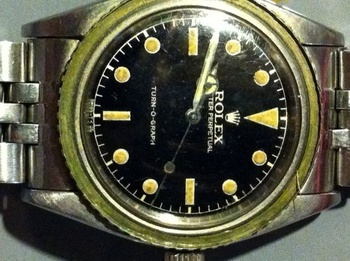 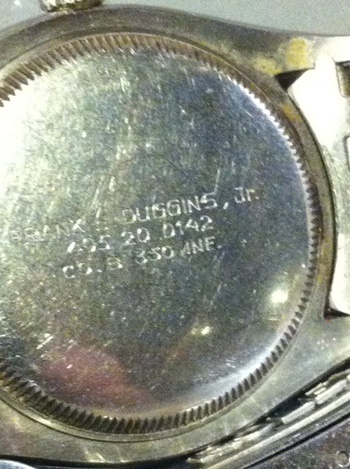 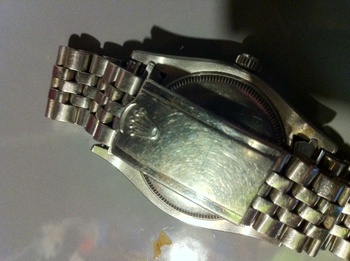 This belonged to my Father, and was presented to him by his Company, Co. B 350 Infantry. He tried several times to get it repaired, even sent it to Rolex in Geneva and they responded with a beautiful letter that basically says "unrepairable" But that was also in 1985, before the internet and ability to reach millions more people~so if anybody knows anything about the history of this model, the value, and if you know of any repair sources, that would be fantastic! I figure at the very least, Ineed a bezel for it...any idea how much one of those might run? Thanks in advance!! This is a really great website!!!