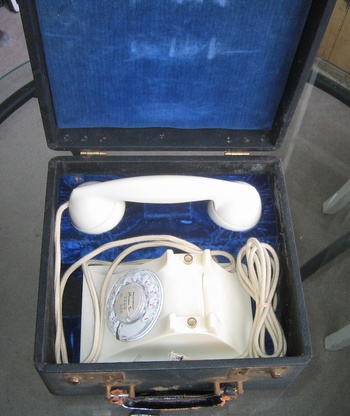 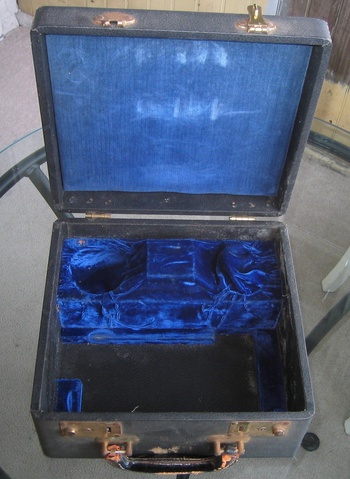 This was a sweet find. Not the phone - a nice but standard ivory Western Electric 302 - but the box, a locking box with the insides perfectly sculpted to fit the 302. I got it from a guy out in Sacramento who used to work for Pacific Telephone (along with an early clear Trimline prototype, another score).

Nobody I talked to had heard of such a box, so I figured it must have been for a very important phone. Maybe a display model for Western Electric? Something for a show? A special phone given to one of the higher-ups as a gift on an important anniversary? To Henry Dreyfuss when the millionth 302 rolled off the line? Wish the box could talk, but since it can't, its just a nice box.