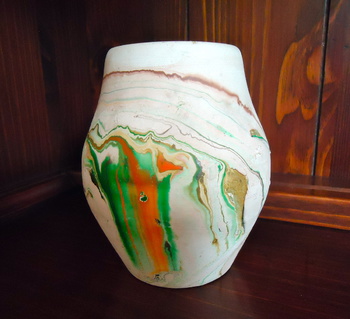 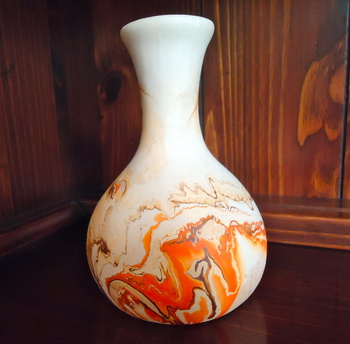 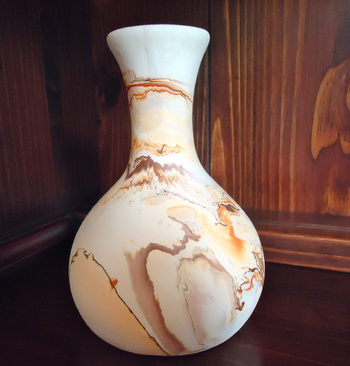 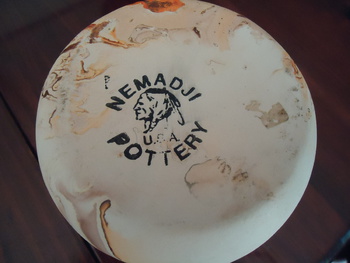 Nemadji pottery is a crude, unglazed pottery decorated in random swirls of earth-tone colors. These pieces were purchased in Minnesota so of course I thought they were of native American origin and design. Wrong! Nemadji started out in 1923 as a ceramic tile company in Moose Lake, MN. After the crash of 1929, the company was sold to a man who decided to capitalize on the name Nemadji (meaning “lefthanded” from a word in the Ojibway Indian language) and introduced a line of Native American style pottery to sell to the tourist trade. Although I don’t have the papers, apparently the pottery was sold with a piece of paper explaining the name, and that the pottery was of a kind the Ojibway might have made out of the clay from the Nemadji River. This line of pottery was very successful until the company sold again in 1980 and the tile business was discontinued. The company closed it’s doors for good in 2002.
The pottery design is very interesting. All sides look different. The second and third photos are of the same vase, but opposite sides. The pottery has become highly collectable, easy to find, and is relatively inexpensive.