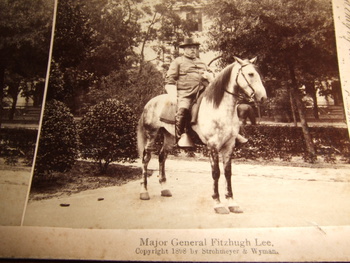 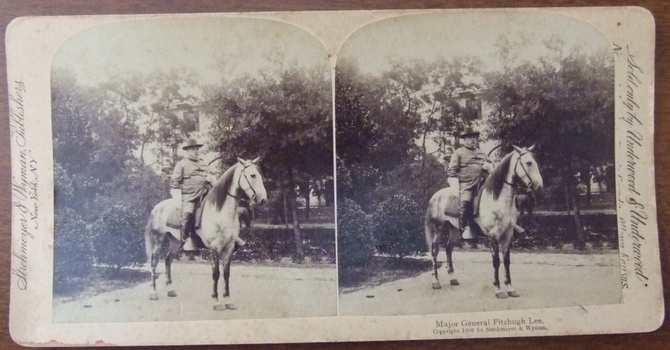 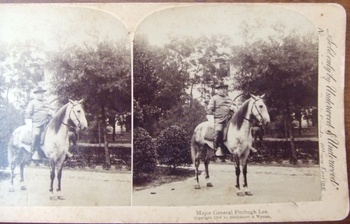 This tan mount stereoview pictures a portly MG Lee on his horse.

Fitzhugh Lee (nephew of Robert E. Lee) was a West Point graduate and a Confederate Major General of Cavalry during the Civil War.

During the post war years he became governor of Virginia and later the appointed consul general to Havanna in 1896.

At the outbreak of war in 1898, he was appointed a Major General of Volunteers and put in charge of VII Corps. Because the war ended so rapidly, Lee's Corps was not sent to the fight, but Lee was part of the occupation (post 1898).

In 1901, Lee officialy retired from the US Army with the rank of BG.

He must have been proud of his Spanish American War service-- upon his death in 1905, he was buried in his US Army uniform!