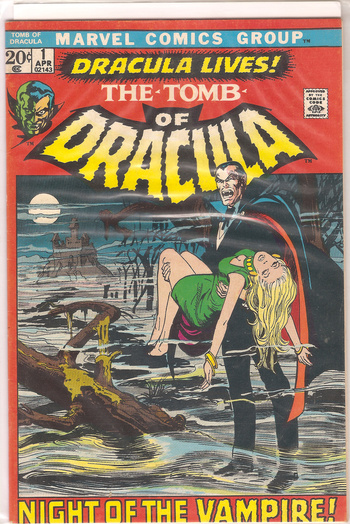 Just Bought This Tomb Of Dracula #1

The Tomb of Dracula is a horror comic book series published by Marvel Comics from April 1972 to August 1979. The 70-issue series featured a group of vampire hunters who fought Count Dracula and other supernatural menaces. On rare occasions, Dracula would work with these vampire hunters against a common threat or battle other supernatural threats on his own, but more often than not, he was the antagonist rather than protagonist. In addition to his supernatural battles in this series, Marvel's Dracula often served as a supervillain to other characters in the Marvel Universe, battling the likes of Blade, Spider-Man, Werewolf by Night, the X-Men, and the licensed Robert E. Howard character Solomon Kane.