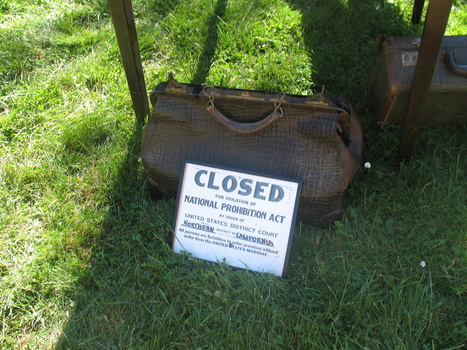 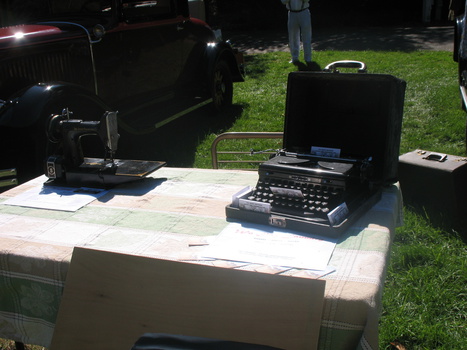 Gatsby attendees show off their antiques—a sewing machine, a typewriter, a vintage bag, and a Prohibition sign. The sign reads "Closed for Violation of National Prohibition Act, by order of United States District Court, Northern District of California. All persons are forbidden to enter premises without order from the United States Marshal."

Do you have any information about these items?