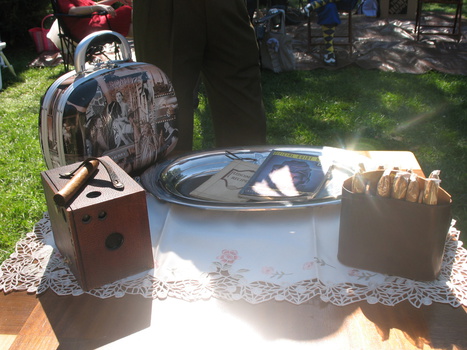 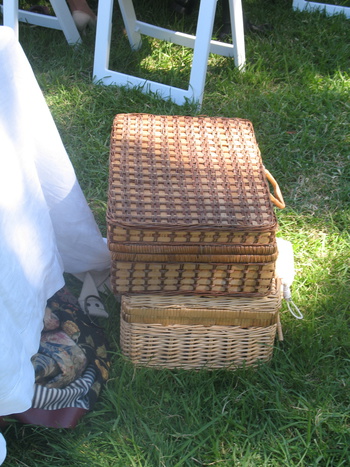 Thanks to our Show & Tell poster, Remigijus_interactive_Ltd, I think this is a Brownie model Kodak camera from the 1930s.

On top of the cookbook is the "Offical Guide Book," from the Golden Gate International Exposition, held on Treasure Island (between Oakland, CA, and San Francisco) in 1939, which celebrated the completion of the Golden Gate Bridge and the San Francisco-Oakland Bay Bridge.

I'm not sure what the box on the right side of the table is, or what it contains. Can anyone help me out on this one?