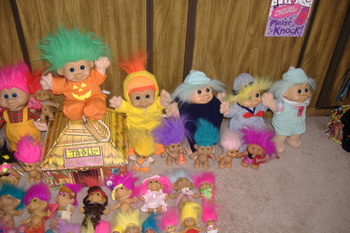 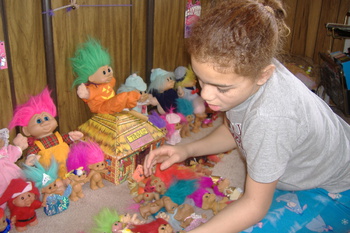 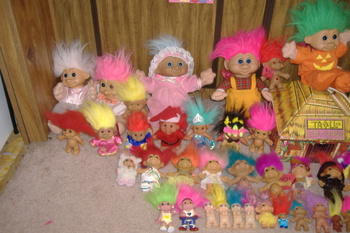 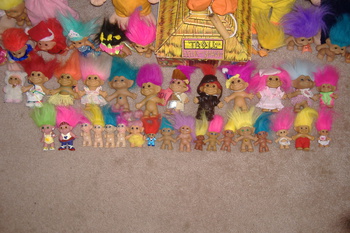 I had a small collection of trolls when I was a child in the 60's--all named after Lost In Space characters. I was so pleased when my daughter started collecting them at about the same age. It started with a new Tahitian troll I gave her. I had none of my old trolls left to give her but she went way beyond what I did. I did buy her the same troll house I had when I was young. She won first place at the fair one year with this collection. She labeled each one with its name, built a bridge for some of them to sit under, and put plastic goats on top of the bridge. That was when she was about 8.

When I saw the trolls Mrj303 posted, I had to show off my daughter's collection, which is now packed away because she's off to college.