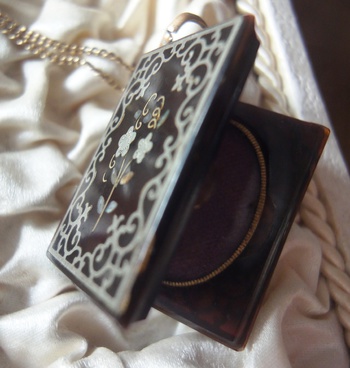 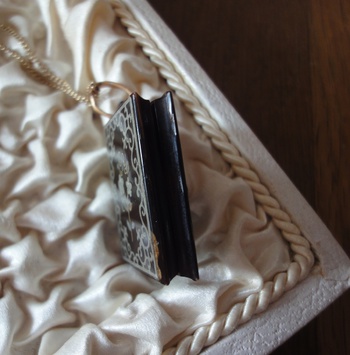 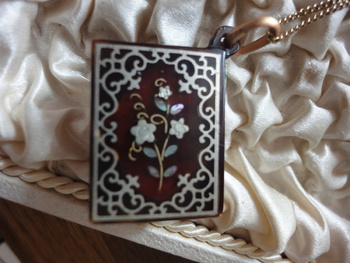 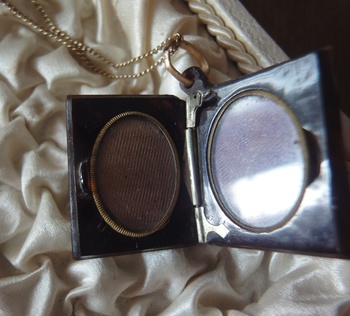 It is remarkable to mention that after more than a century, this Piqué locket is still completely intact. Both the hinges and two glasses are in excellent condition.
It is unfortunate that Piqué jewelry is at present not so much lie in the market however beautiful, though fortunately for the turtles, have long been forbidden to use for making articles and jewels. As you know, Piqué was often made of Hawkins bill turtle that's one of the protected animals these days. But in the good old times they were very loved to make juwelry. The shell was moulded and the handworksmen make by hand engravements of gold, silver, mother of pearl and so on. Because this technique is forbidden since long now this kind of jewelry will become more and more rare, as the very tiny Micro mosaic jewels which is not forbidden, but to expensive because of the long and hard work and the long time to produce.
Because of the generally dark color (dark brown) of this kind of jewelry it was often used as mourning jewelry. Pique was also used to make many objects for example glasses cases.
Have you often seen such an equal locket/medaillon of Piqué ?