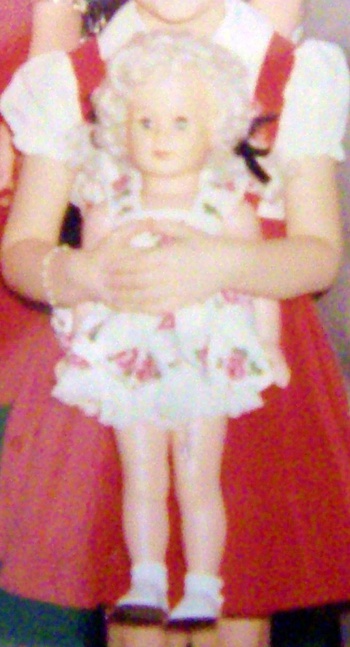 My father gave this to my sister when stationed in Germany in the mid-late 50's. The box said her name was "Gigi" and was German made. When tilted, she said, "Mama." There is a speaker on her back that her "voice" came out. She had "sleeping" eyes. Her limbs were connected via elastic bands inside the cavity of the body. She was made from hard plastic.

My sister had her up until a few years ago, when rain seeped into the storage where she was and the doll was ruined. I do not know if they are still out there and how much it would be worth to get another one.

If anyone has any information on the company, doll, etc. I would be most appreciative if you could contact me with the information.