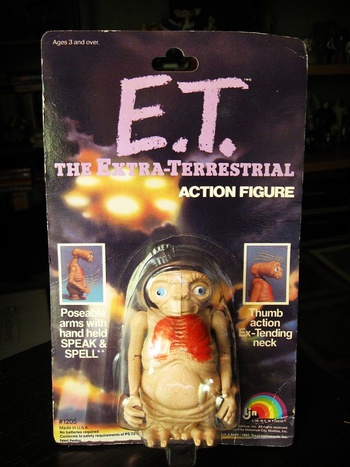 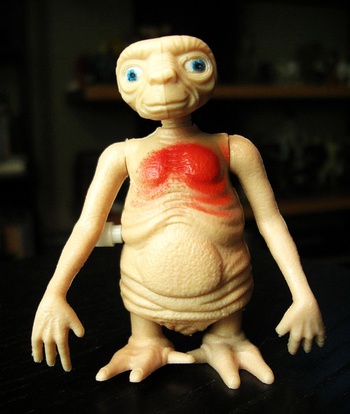 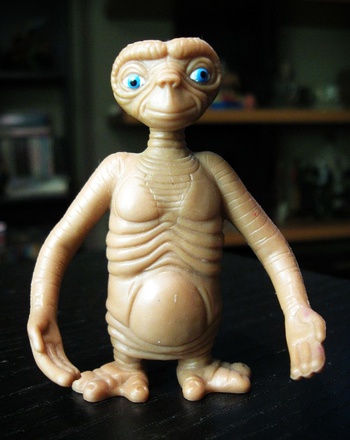 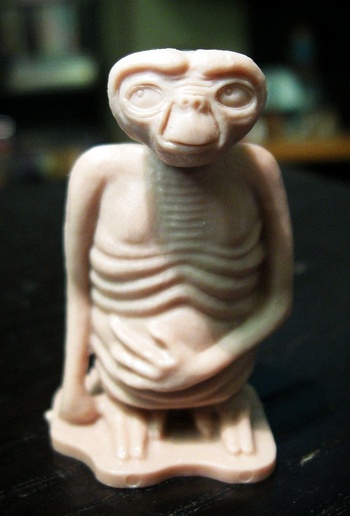 Here we have just a few of my E.T. collectibles.

This movie grabbed my imagination by the neck and gave it a good shaking back when I was 9 and first saw it in the theater. I spent the rest of the Summer and part of that Fall leaving trails of Reese's Pieces in my backyard in hopes of catching my own extra-terrestrial.

The first figure (still on the card) was the original action figure release from 1982, which I had originally gotten for Christmas that year.

The second figure is a vintage wind-up E.T. from the same period.

Next to that, we have the "bendy" figure that (for some odd reason) came with packages of Kraft Mac-n-Cheese to promote the re-release in 2002.

And finally, we see a bit of a rarity; The E.T. game piece from the classic board game.