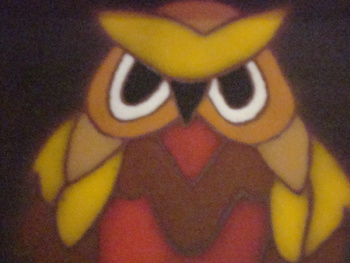 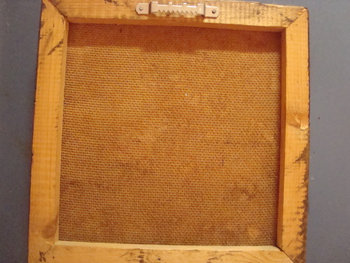 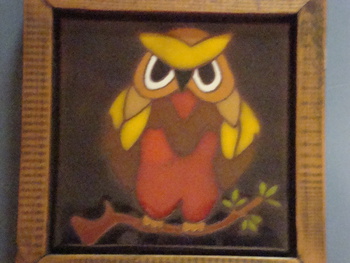 Seeing AmberRose post her newfound piece of tile reminded me to post mine. I've always referred to him as my angry owl and that is responsible for how he became mine. I had stopped at this garage sale and a couple was sitting there chatting. The woman sent the man inside to get something for her. As the door opened, I saw this tile hanging on the kitchen wall and said "wow, love the angry owl." She had to pick her jaw up off the floor. The woman relayed this story....

About 20 years ago her father wanted to buy a special gift for his wife "just because". He searched and searched for the perfect piece to complement his wife's existing owl collection and happened upon this tile. He had it wrapped all fancy and presented it to her at dinner, in front of the three kids. The father stood there beaming as she opened the box. As her mother folded back the tissue paper she exclaimed "and why the HELL would you buy me an angry owl?!". It was one of the few times that she had heard her mother cuss and one of the only times she saw such a look of disappointment on her father's face. Turns out, mom was so freaked out about getting an impromptu gift that she read waaaaay into it instead of seeing it for what it was...a gift just because. Years of ribbing ensued and the entire household referred to him as the angry owl from then on.

She then told me that the owl was meant to go home with me. I tried to talk her out of it, and then offered to pay for him when I realized she had made up her mind, but she simply said that he belonged with me and handed him over. He hangs in my bedroom waiting for me to find the next person he is meant to go home with!

Sorry for the long explanation, but it is one of my favorite encounters! 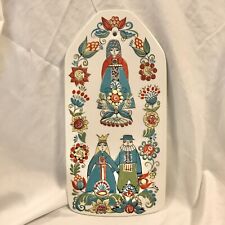 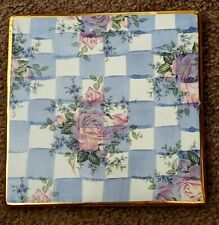 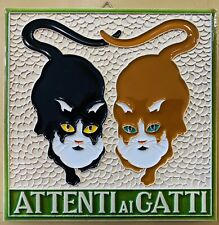 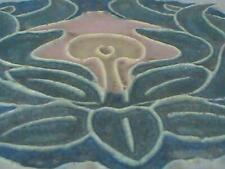