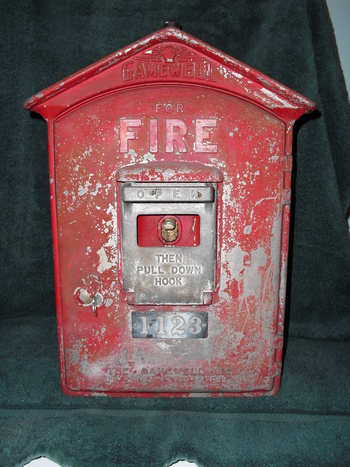 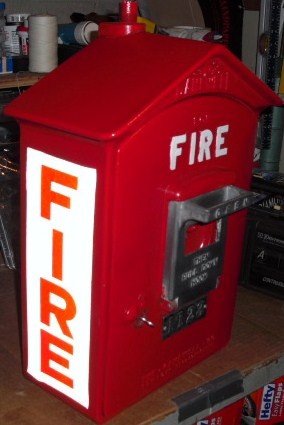 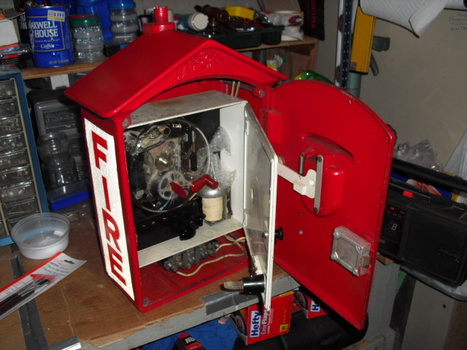 Fire alarm box made by Gamewell. Boxes were mounted on telephone poles in Philadelphia, Pa. If you saw a fire you would pull down handle. Each box would have a number assigned to it and by pulling down the handle inside the box would send a moorse code to the dispatch location. The code was translated to the number on the box and the dispatcher had a map of the box numbers and the locations. Then they would dispatch a fire truck. It was your responsibility to stay at the box to give the exact location of the fire. They had alot of false alarms set off by kids as a prank, not realizing putting people in harms way. Technology has change this system along with so many more. Thank God for 911. Where these used through out the states?