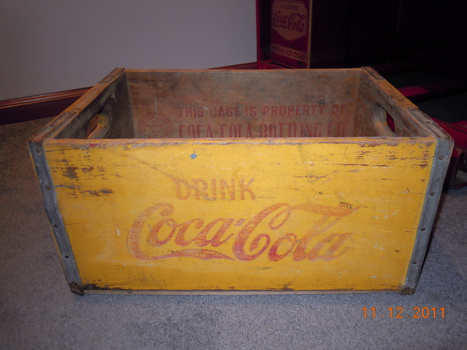 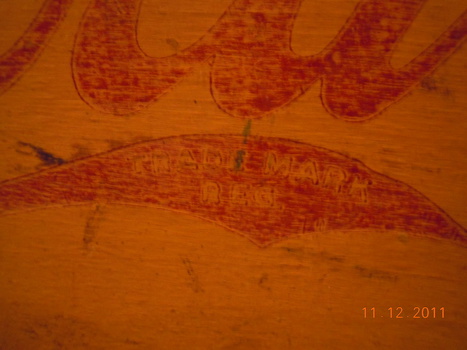 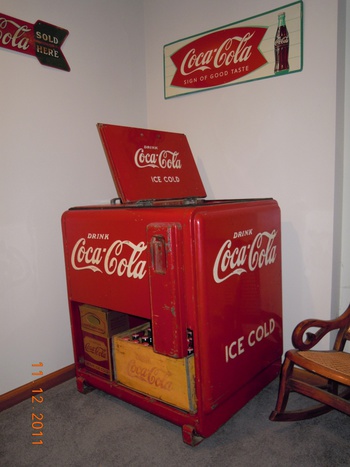 I wanted a period crate in which to store bottles of Coca-Cola under my 1940 ice chest. Found this 17"x12"x9" yellow crate from the Coca-Cola Bottling Co., Annapolis, MD. Printed Trademark Reg. in tail of C, which leads me to believe it may be a little earlier than I was targeting. But still, probably would have been the kind of crate in use when folks were fishing cold ones out of the ice chest at the corner store. So it's in place under the cooler along with my 30's cardboard bottle carrier, which fits under there nicely for display too.

Hope everybody's having a great weekend.