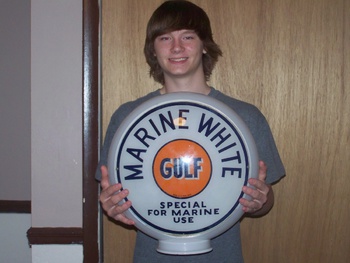 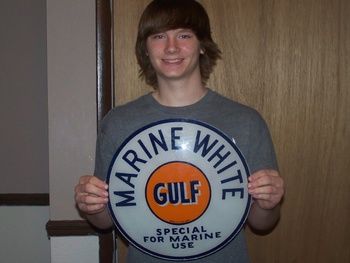 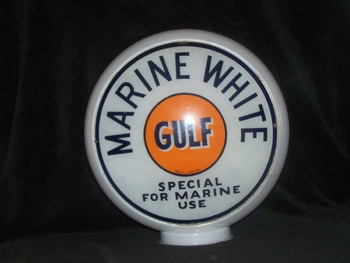 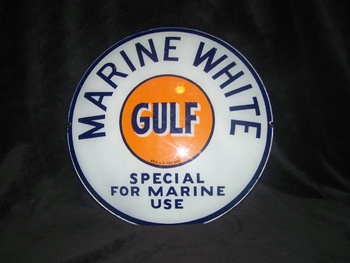 Well last week i noticed a 6' gulf sign on craigslist and have been putting off going to see it. Well we were going to the store in the next town over today and this guys house is on the way there so i get the number and give him a call and tell him i'll stop buy to look at it(over priced but when i called him a week earlier he said he has some more gulf items from when his dad built gulf stations but he wasnt ready to sell them. I pull up and the gulf sign is pretty nice dated 1965 but i dont have the room for it. so his wife ask if me and my dad were the ones interested in other gulf items and we said yes. She walks in the barn and i expext her to come out with a can or something but no she has a NOS gulf marine white lens then she says well we have another that is complete she goes back and and brings it out i almost fainted. She told me to make and offer and i did and her husband said it sounded good to him so ended up with the mint condition gulf lenses in a glass hull body and the extra lens.Pays to ask.

SINCLAIR OIL AND GAS ROUND TIN SIGN...
$13
See all