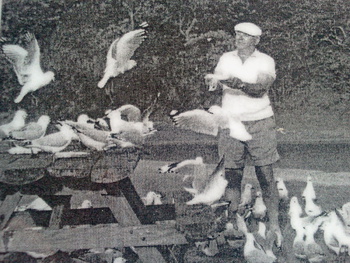 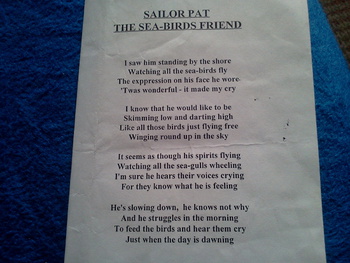 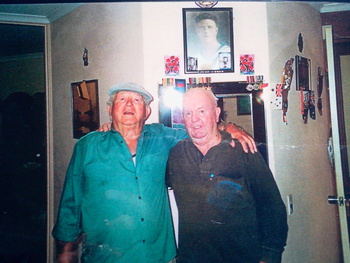 Well you know the saying...You can take the man from the sea, but you can never take the sea from the man. That describes my Great Uncle Pat to a T. He was a lifelong sailor who went to sea the 1st time as boy of 14 and fought in ww2 . Every day from the age of 70 he would walk down to the beach and feed the gulls. He continued up till he just couldnt walk there any more at the age of 90 . This poem was written about him in 1996 for the Anzac Day Celebrations and we didnt find it till after he passed ,it gives me a lump in the throat every time I read it. The 3 rd photo is him on the left with his older brother Bill beside him they are both in there 90,s in this photo on the wall behind them is there youngest brother George who was killed in action aboard the HMCS Perth in 1942 . If anyone with sharp eyes could perhaps tell me what some of those medals are that would be great .