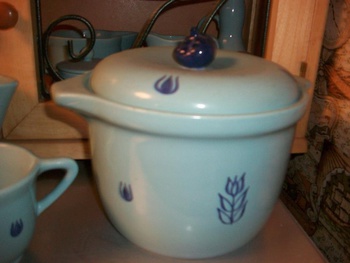 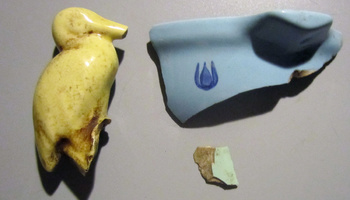 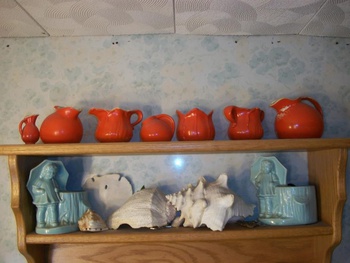 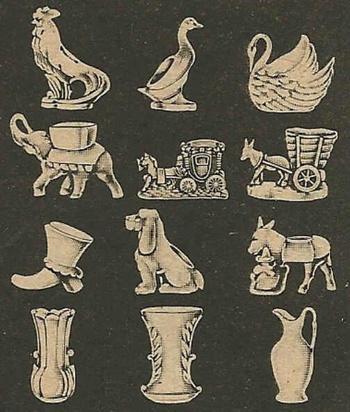 It has been an unbelievable couple of weeks. As you know, I collect Savoy China. To a much lesser degree,I collected Cameron Clay Products. I actually thought it was Savoy for a while until I learned differently.Both potteries were essentially unknown. I wanted to learn about them and maybe document them the way Mark Stevens did for Texans Inc.

I started two Facebook pages, Cameron Clay Products and Deena Products. Using the sites available here, (linked), I went to the Curator of the Cowan Musuem who reccommended pottery expert James Murphy. A scholar with five degrees, Jim visited the Cameron site and discovered the sherds seen in the second picture The blue piece is Tulip ware. It is listed as being made by Cronin of Minerva, Ohio. The first picture shows a pot from the collection of Jane Smith, a Cameron resident. Jane again shared the third photo of orange (red) Cronin ware.

The last picture, a vintage Sevilla ad was sent in by Mark Gonzalez. Mark has written four books on pottery and has the ohioriverpottery.com web site. Mark has stated on facebook that when he revises his site he will add Cameron Clay Products as makers of Sevilla and Tulip.