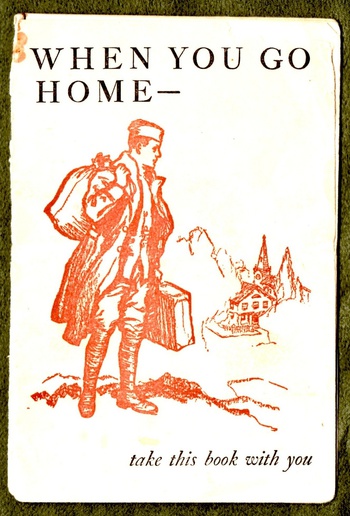 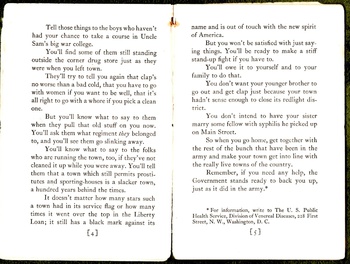 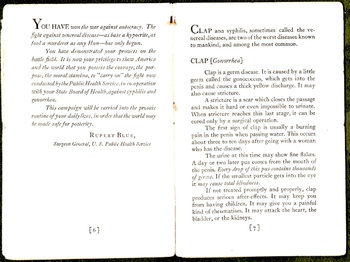 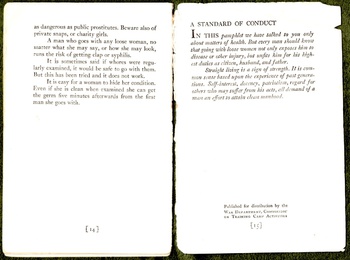 This handy little pamphlet provides details about Gonorrhea (which may come back years later, as a result of over-exertion) and syphilis (which may also be transmitted by kissing or using an infected person’s razor or towels). The most effective way to avoid these diseases is to avoid prostitutes and “loose women.”

Some facts according to this pamphlet are that most of the men who were treated for VD got the disease before coming to camp (I assume here they meant boot camp), and that only 15 out of every 100 soldiers got it after coming to camp. The government spent $10,000,000 for treatment of VD.

I found this pamphlet in a trunk full of cool old stuff in the loft of an old shed back when I was a teenager. Unfortunately the cover has separated from the rest of the pamplet over the years.