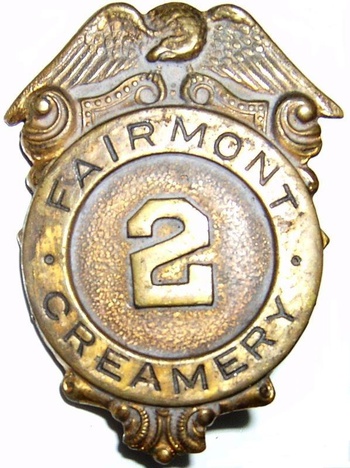 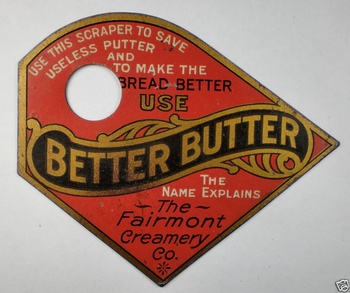 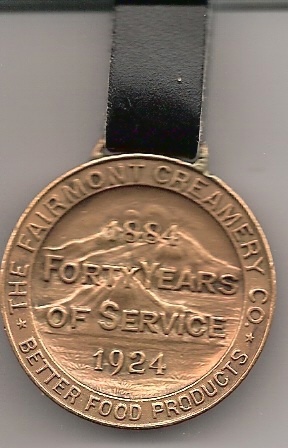 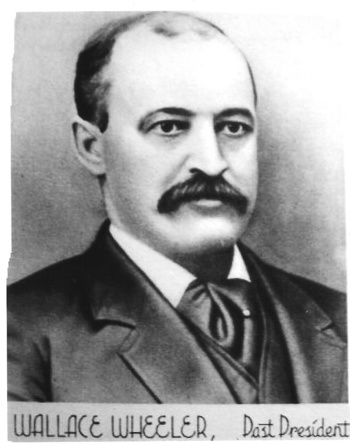 After doing years of genealogy, I had discovered that my grt, grt grandfather was the founder and president of Fairmont Creamery Co in Fairmont, Nebraska. The company was founded in 1884 and only made cheese in the early years, by 1897 there were six creamery plants in Nebraska. In 1907 the company moved from Fairmont to Omaha. In 1947 the company changed it name to Fairmont Foods. By 1974 there were 3000 Fairmont Foods creamery stations that sold all types of dairy products through out the USA. In 1980 Fairmont Foods was acquired by American Financial Corp of Huston, Tx. Today Fairmont Foods is known as Circle K Stores. The last photo was taken of my grandfather while he was president of Fairmont Creamery from 1884 to 1897 the year he passed away. The first photo is a Employee badge, second is a pot scraper, and the third is a watch fob for the 40th anniversary of Fairmont Creamery 1884-1924