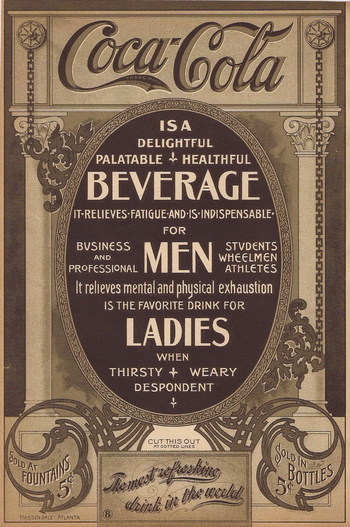 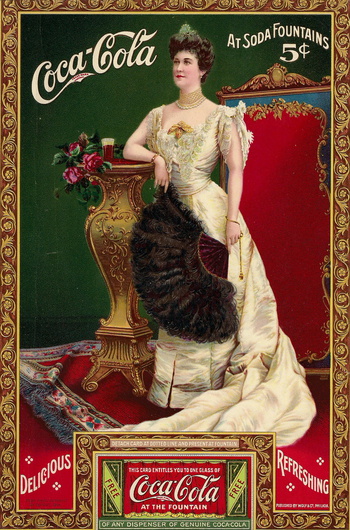 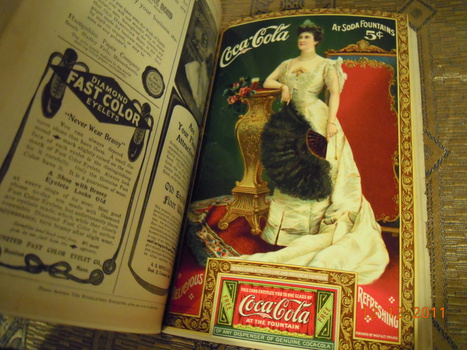 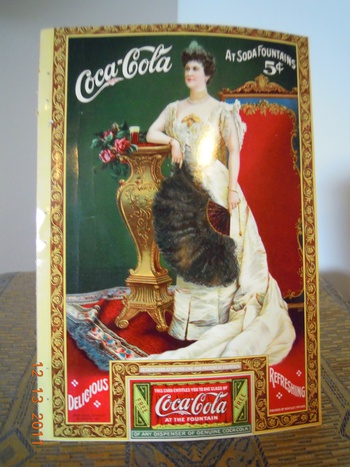 Ever since I purchased a partial of this coupon-ad, I've wanted a complete one. I passed over a couple "buy it now" opportunities earlier this year and was beginning to think I wouldn't get another chance. I recently purchased this example, still bound within a June 1905 edition of Booklovers Magazine, on a bid auction for $135 delivered. Condition and color are excellent. There are creases running vertical next to the spine area, but all in all very nice. I was interested to see that the top border of the ad was trimmed slightly pre-publication to fit the magazine. Opposite the back side is an Oldsmobile advertisement, which is cool because Lansing, Michigan is the home of Olds Motor Works, and the last Oldsmobile produced rolled off an assembly line here not too long ago. My next project will be to remove this beautiful 1905 Coca-Cola ad card from the magazine for suitable framing. Wish me luck!

I included a picture of this item next to my partial and a small fake I purchased as original (for which I received a full refund).