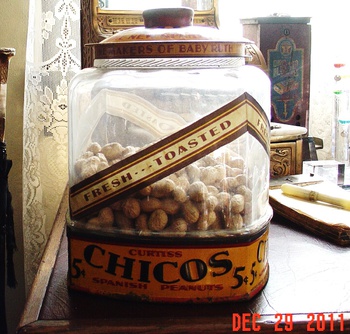 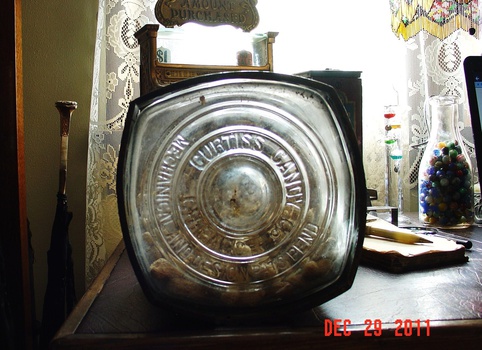 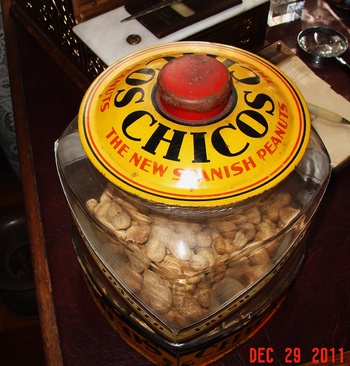 Another find in the state of Indiana out running around last week. On the bottom of the glass jar it is embossed with Curtiss Candy Co. Chicago Mechanical And Design Pats Pend. This was made in the 1920's by The Curtiss Candy Co. Chicago, Il.. As you can see Chicos Spanish Peanuts for only 5 cents is also embossed in the metal band that is around the jar. On the lid it also reads Made By The Makers Of Baby Ruth. I guess that was a little perk to make you think about the Baby Ruth candy bar when you were eating some peanuts. I think someone replaced the paper label that reads Fresh---Toasted that is recessed in the jar. Other than that the old jar is in pretty good shape for as old as it is. This will be a nice addition displayed out in the mancave. 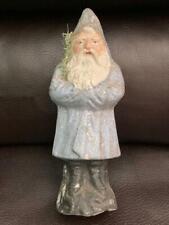 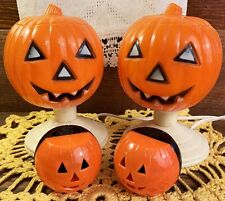 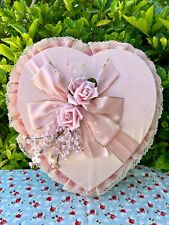