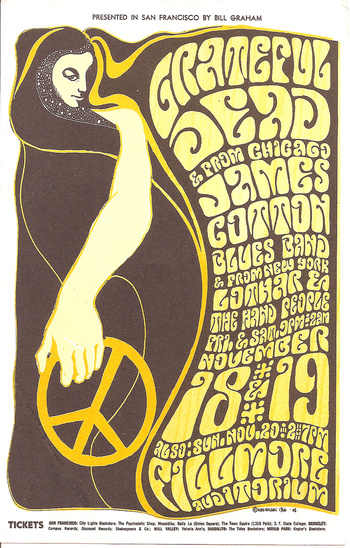 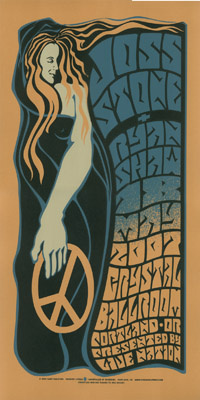 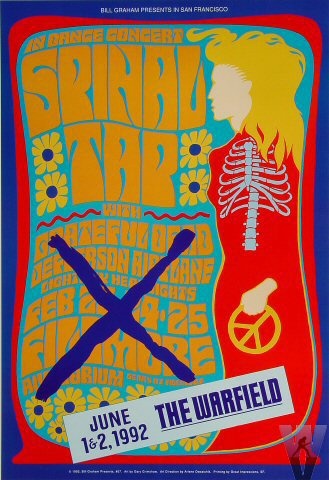 Last weekend I purchased an old Fillmore Auditorium postcard (see photo on left) from my friend Ron. It is a smaller version of the poster created by Wes Wilson in November of 1966 for a show featuring the Grateful Dead, the James Cotton Blues Band, and Lothar & the Hand People.

People often toss around the word "iconic" rather loosely when talking about rock posters, but this one definitely qualifies. Between the peace sign, the beautiful hand lettering, and the band names, it's a triple threat.

It's also one of the most imitated images in rock. For example, in 2007, Gary Houston—whose work, in my mind, is a bridge between the old school stuff from the '60s and the best posters being produced today—created a poster for a Joss Stone show in Portland (see center photo). I like that deliberate homage to the original quite a bit, but the Gary Grimshaw poster created for a Spinal Tap show at the Warfield (see photo at right) "goes to 11." 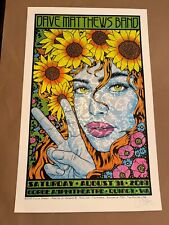 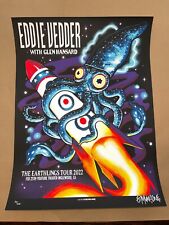