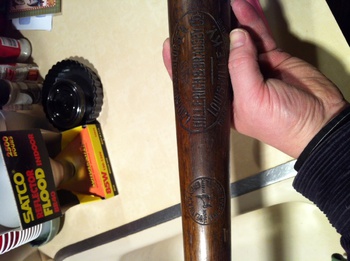 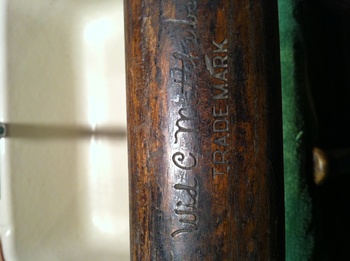 I got the bat from a friend that owned a collection of Louisville Slugger bats that were cracked by the players and then sent to Louisville to have them turn out a new replica and then sent back to the player so all the cracked bats were kept by Louisville until they were sold as a big lot of used cracked or damaged bats from the late 20's to the late 30's.......I'm not too big of a memorabilia buff so I don't know if there is any value in the bat but this bat does have the players name in grease pencil and the date it was sent back to Louisville and it does have Wid Matthews name on it so I imagine this was his personal bat as well as his own signature series bat if there was others made with that signature stamped on it.......does anyone know anymore history on this bat ? I did see some history of the player and it was quite impressive and he rubbed elbows with a lot of famous guys like Connie Mack, Goose Goslin, Sam Rice & Walter Johnson and he played a part in assistant gen. Mgr. for New York national league expansion team that was to become the NY Mets.