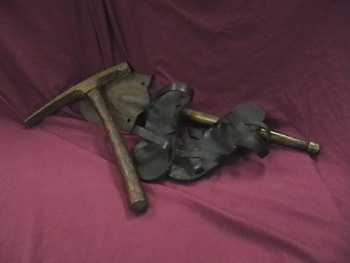 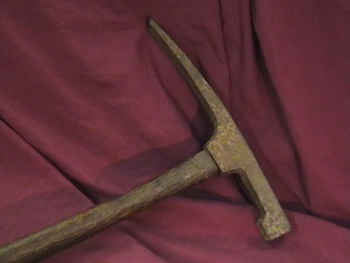 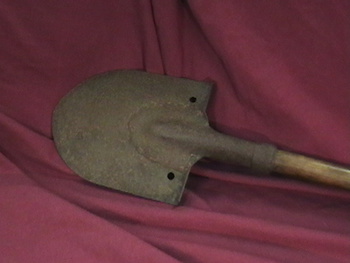 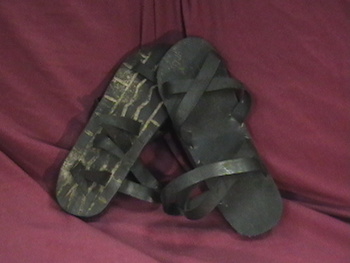 Pictured is a grouping of items that were sent back to the states in 1967, from Vietnam. The tools and sandals were found in a tunnel complex in the area known as the Iron Triangle, located in the Binh Duong provence of Vietnam. They were found abandoned in 1967. The U.S. soldier carried them around for a short time before shipping them home to his father for safekeeping. The vet forgot they were at his fathers house, and they stayed packed away there for nearly thirty years. After discovering them, the vet kept them for a while before he decided to sell them.
The tunnel system of the Iron Triangle was concentrated in the area of Chu Chi, and was very elaborate, and streched for miles. The tunnels were dug by hand, and took nearly twenty years to complete. The shovel and pick-ax most likely were used to dig a part of this tunnel system.Also found were a pair of sandals which were fashioned from used tires. If you look closely, you can still see the treads on the soles of the sandals. Using tires to make sandals was a common practice. Thanks Jay, for serving our country. 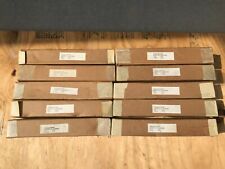 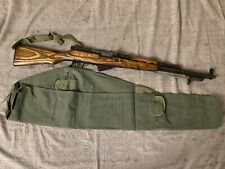 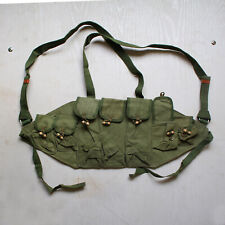 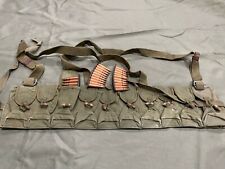