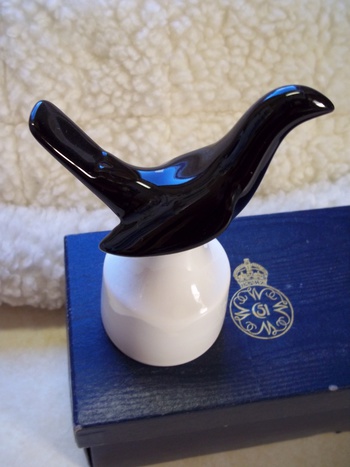 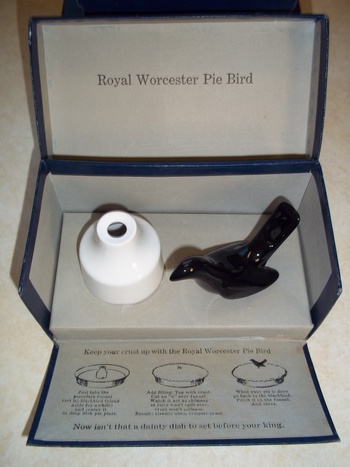 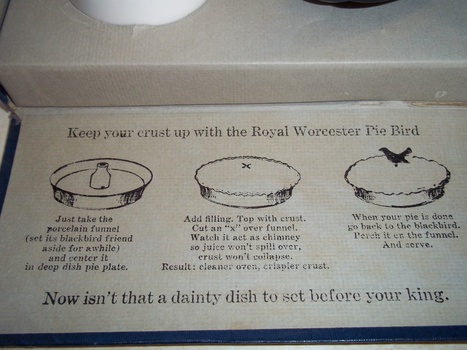 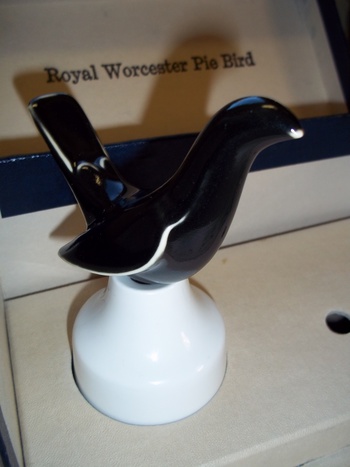 "Now isn’t that a dainty dish to set before your king."

Royal Worcester pie bird, designed in 1950 by Paul Gertner, in it's original box. The funnel and the blackbird are two separate pieces. The directions printed inside the box explain how they are used (third photo). Basically, the funnel (white part) is placed in the middle of a pie crust and steam escapes through the top during baking so the juices remain inside the pie. The bird is ornamental and is placed on top of the funnel after baking so that it is prettier when serving the pie.

I have two, one is a pure black blackbird (first two photos) and the other has white tips on the wings, beak, etc. (last photo). I also have a blue & white model that sold at a higher price, which I posted separately. It was also made in brown, which I do not have.