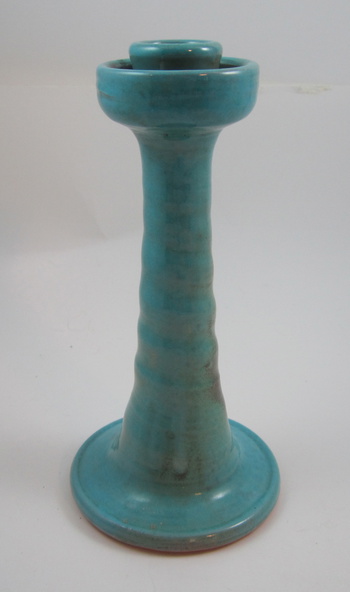 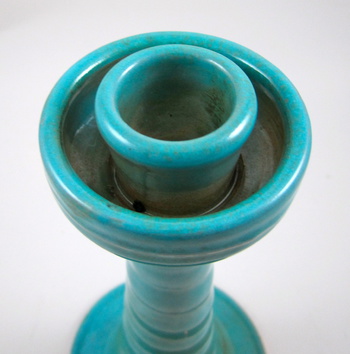 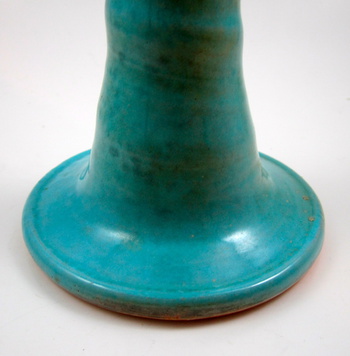 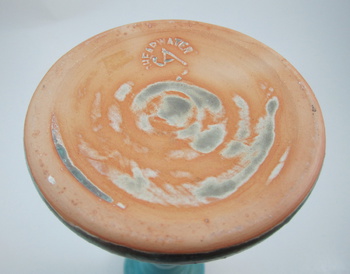 Not my usual poison, but as I was raised on the Gulf Coast of Mississippi, when a friend was looking to sell her stuff in preparation for a move, I thought it would be cool to have a piece from back home. According to communication received from Shearwater Pottery, the marks on this piece indicate it was thrown by Jim Anderson, son of the founder Peter Anderson, prior to 1988 (as it is undated). This glaze, called "double glaze", was discontinued after hurricane Katrina.

Shearwater Pottery is a small family-owned pottery in Ocean Springs, Mississippi, United States founded in 1928 by Peter Anderson (1901-1984), with the support of his parents, George Walter Anderson and Annette McConnell Anderson. From the 1920s through the present day, the Pottery has produced art pottery, utilitarian ware, figurines, decorative tiles and other ceramic objects. Two of its most important designers were Walter Inglis Anderson (1903-1965) and his brother James McConnell Anderson (1907-1998). Although Shearwater was severely damaged by Hurricane Katrina in 2005, the workshop was rebuilt and restored by Jason Stebly. Pottery continues to be thrown by Peter’s son James Anderson and the latter's son Peter Wade Anderson, and decorated by Patricia Anderson Findeisen, Christopher Inglis Stebly, Adele Anderson Lawton and others. Michael Anderson heads the Shearwater Annex, and Marjorie Anderson Ashley is business manager.