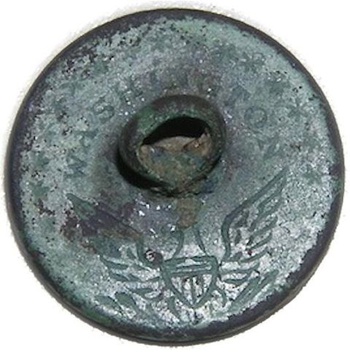 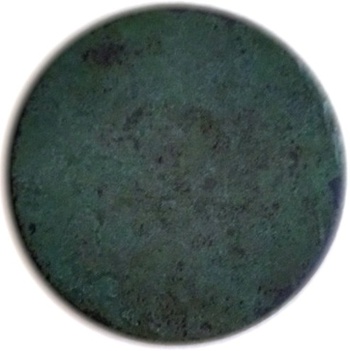 GW Hunter RJ Silverstein from New Windsor, New York finds an original 1792 Washington Political Reverse Cuff Button. There is only 2 known examples outside this one, and both do not have a shank. This was worn by someone who was either in the Senate or Representative who supported Washington's Administration. This would be Rated R-6, 20mm. Brass with a Silvered Finish. The button celebrates Washington's Federal Eagle with a Liberty Shield blazoned across it's chest. The Eagle is clutching three Arrows in it's left talon, and an Olive Branch in it's right talon. The Eagle's Wings are splaying outwards, and it's head is turned toward the Olive Branch. Above the Eagles Head and the Shank, is Washington spelled out in Roman Style Capital Letters in a half arc. Above this, is Fifteen Six Pointed Stars also in an arc. As with other buttons of this era, there is a one-piece casting for the reverse shank. I am only demonstrating this button to show where, or how common the idea was for GWI 18-A & B in 1792. If you notice, this button shares a lot of traits and designs that other previous Washington inaugural buttons had in 1789. This button will be included on the Georgewashingtoninauguralbutton.com web site with other rarities.