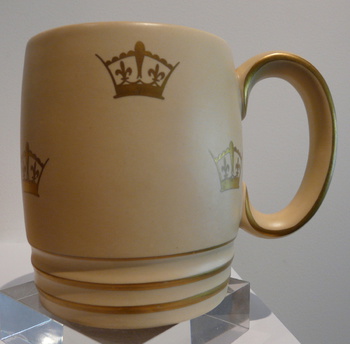 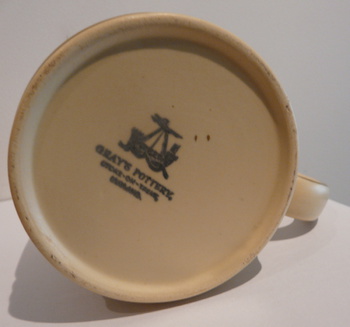 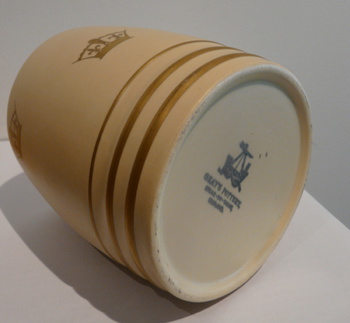 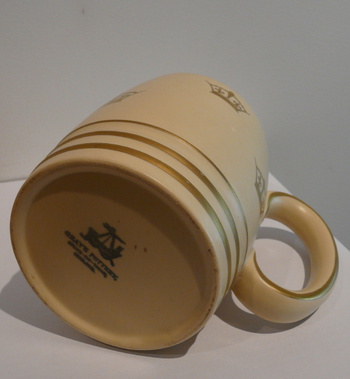 Now for something different!

A coronation mug produced by Gray's Pottery for the coronation of George VI in 1937. I bought it because it was Art Deco. I am not a monarchist, rather I am a republican (with a a small 'r'). My Irish grandfather Maurice would have scorned such an object. I think it was designed by Joan Gray, the daughter of AE Gray from his second marriage. She is responsible for a variety of matt/buff glazed wares during this period prepared for the coronation of the English King. Joan Gray trained at Burslem School of Art, achieving success in craft and design in a number of disciplines.

I tend to avoid royal commemoratives, but this one was different enough to catch my eye at a market here in Sydney a few years ago.