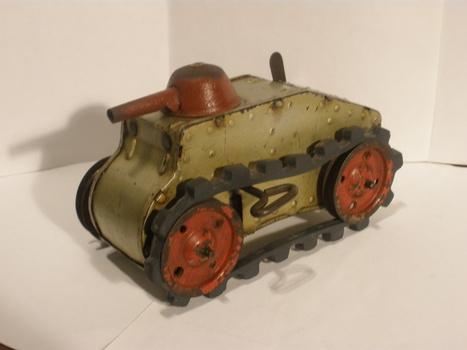 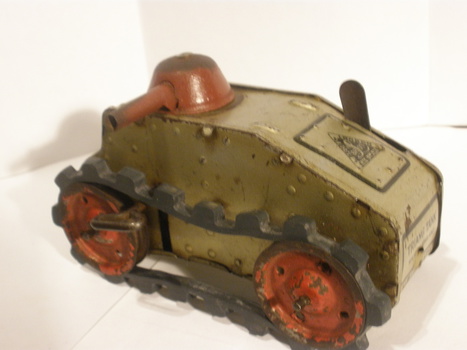 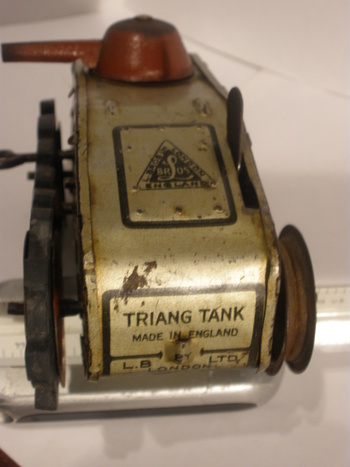 If you are saying to yourself, "That looks like the Marx Midget Climbing Fighting Tank", you'd be right. Marx copied lots of nice designs, many of them of European origin. These have a turret that can rotate, and a few more rivets than Marx's. Guts are basically identical, I know because I've had to get several of them running again.

These things are MUCH harder to get a hold of than their American counterparts, much less in good condition. I've been trying to find a Tri-Ang Tiger tank (full size version) without spending an arm and a let. I've only seen two in the last year.

I'm fairly certain the track is replaced on this one. They are usually white rubber with thin strips (rather than thick like this one) for traction. I've got a better chance of winning the lottery than finding original replacement tracks for this :P