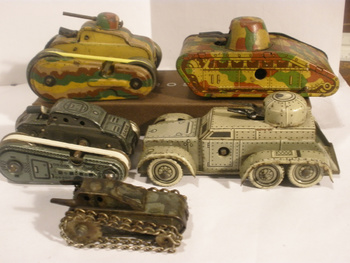 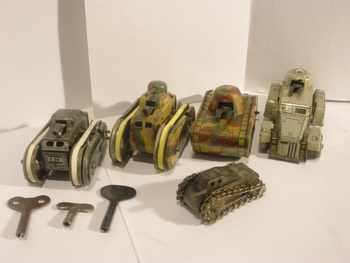 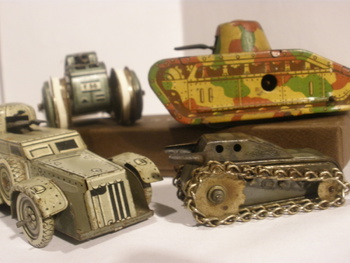 These are the toys I have that are of a significantly smaller scale than most of my stuff. The little one in the foreground is barely 2" long! No idea who made that one, but I love it to death! It probably makes the most noise out of all of them and is quite imposing with the full metal chains.

The two on the right are made by CKO Kellermann of Germany. The two on the left may look like (near) identical makers, but were made on opposite ends of the Earth! The camouflaged one is made in Japan, and the silver one is made by Gama (Germany).

Only goes to show how much companies were copying each other. Japan seems to have copied many German models. Marx did to a point, but once relations with Germany got... interesting... that pretty much stopped. I would like to read up on this more if I can, if anyone knows some good sources I'd be very grateful.