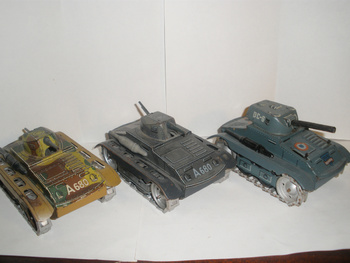 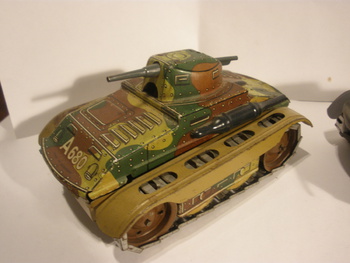 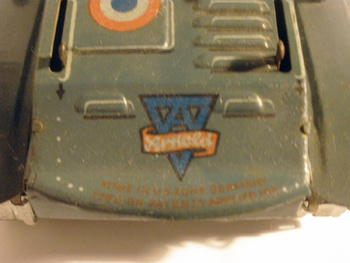 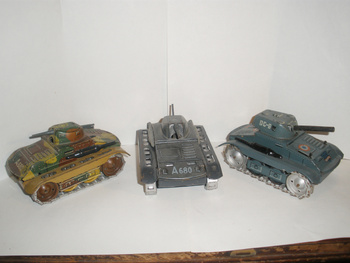 These were made by Arnold in Germany. They are pretty neat in that they occasionally stop and make a "bang" as they are running, not to mention the flint sparkler and the metal tracks. The design was only vaguely based off of any vehicles, retaining an archaic multi-gun turret of much older designs.

The first has the pre-war style mufti colored camouflage, the second has the war-time gray camo, and the last has post war allied inspired British markings with new modernized turret. All of the hulls are identical, however, just some things moved around.