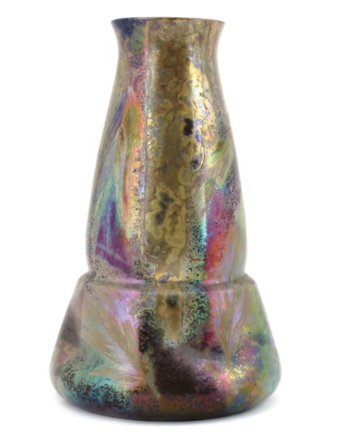 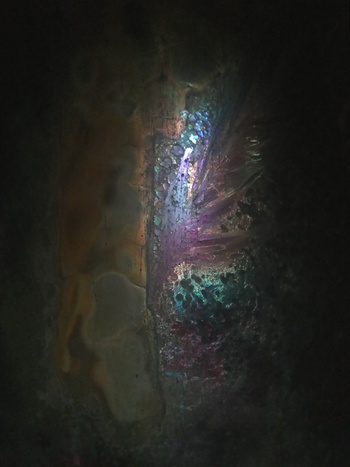 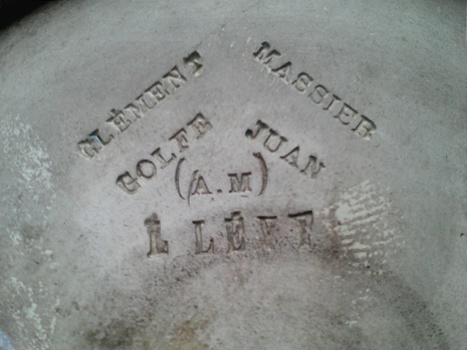 The vases by Clement Massier & Lucien Levy-Dhurmer are distinct from Amphora and Zsolnay because they mostly avoid forms that create a spectacle. With Massier/Levy-Dhurmer I think of the vase as a canvas for the glaze. I let my eyes wander over it like a painting to experience the beauty. Some of you might see similarities with Weller Sicard pieces. That is because Jacques Sicard worked for Clement Massier before Weller hired him in 1901.