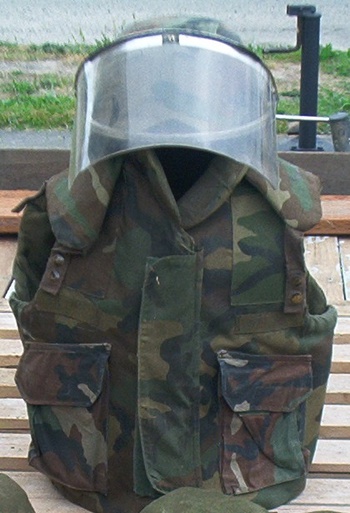 Flak vest, Kevlar, and face shield.
While stationed at Ft Ord, CA, the LA Riots broke out. My unit was deployed and inserted throughout the city, to maintain peace, guard government and commercial locations from looters. We rode to our locations in buses with the windows unlatched weapons loaded with humvee and police escort cars.
Riding along I watched the faces of people on the streets and in their cars. The expressions on their faces was a mix of distaste, friendly smiles, and many more. But the expressions I became fixed on was the look of , how could this be?
Another bit of stuff I've hung onto, to pass on to my kid