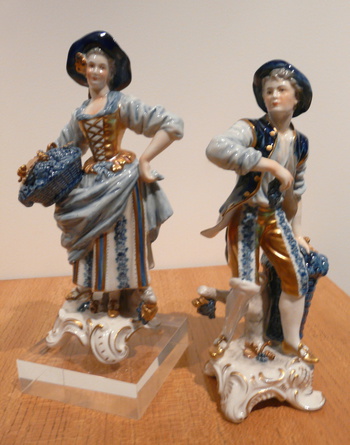 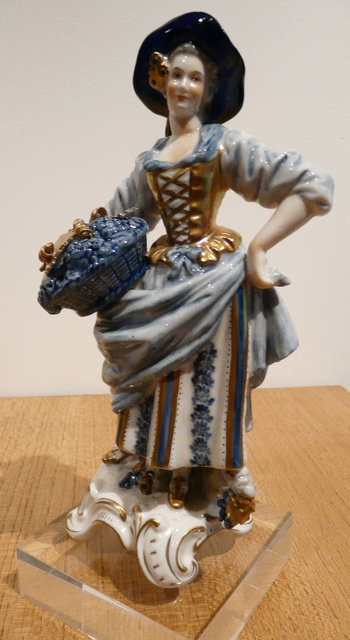 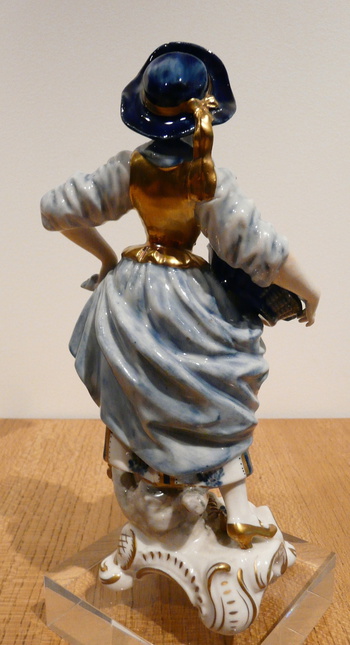 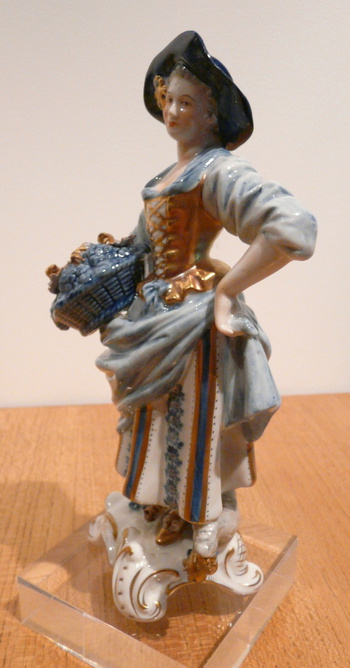 I found this figure and its pair in a Vinnies store last Monday.
The weekend had netted me another Anzengrueber figure and the theme continued. I went back today , but I was not tempted by the lace skirted ballerinas. The lace skirts had been smashed and looked like rags on their bodies!

I find "Dresden" figures a bit too traditional; but I can't fail to admire the work that went into the creation of this figure. I love the detail of the bunches of grapes in their baskets and the modelling of the clothes.

The mark on the bottom was a "K" surmounted with a crown: I gladly paid $15 each.

On the internet I found mention of the mark almost immediately: the firm was founded by Rudolf Kämmer in Volkstedt, Rudolstadt, Thuringia, East Germany (in those days).

The female figure has the blue crown K mark and the model number 546 impressed into the porcelain. She too is about 21 cm or 8.2 inches. She stands on a rocaille plinth and retains the original gilding.

The mould is still being used today by the family Rudolf Kämmer and features in their catalogue but has another number 1548.
These days the painting is much more colourful.
My figure is in blue tones, flow blue pale skin tones and ........... that gilding.

I've not been able yet to find out who designed these two figures, but I have four names of German designers who worked for Kämmer:
Gustav Oppel, Franz Rauch, Hugo Meisel, Fritz Schlesinger.

I'd be happy if anyone can tell me who designed "DER WINZERIN" or fill me in on when these might have been made.