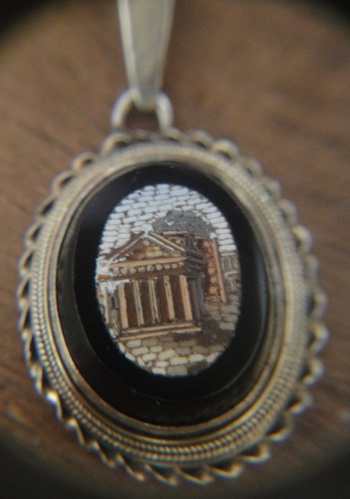 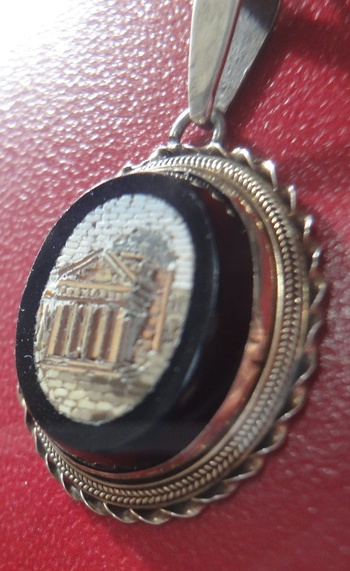 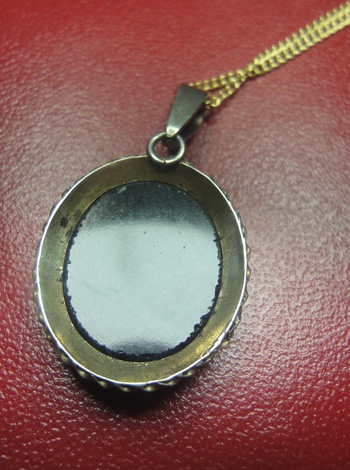 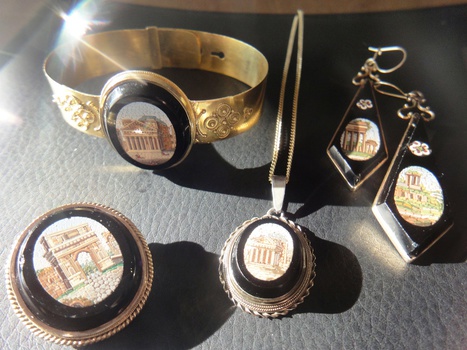 As many of you already know there were around mid 19th century many micro mosaic jewels created with images of historic buildings. These were often purchased by wealthy tourists who could show at home what they had been admired on travel. Of course, this "rage" was used before photography was invented. The image on this pendant is an example of this kind of micro mosaic jewelry and is the Moneta Temple in Rome. This kind of jewels was called: Grand Tour jewelry.
At the same time, you can see that on the fourth photo my "Grand Tour" Micro Mosaic jewels is completed for the time being !