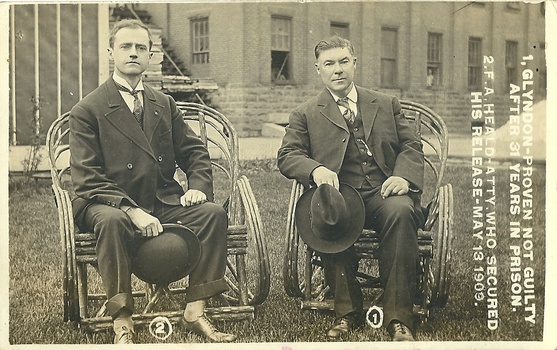 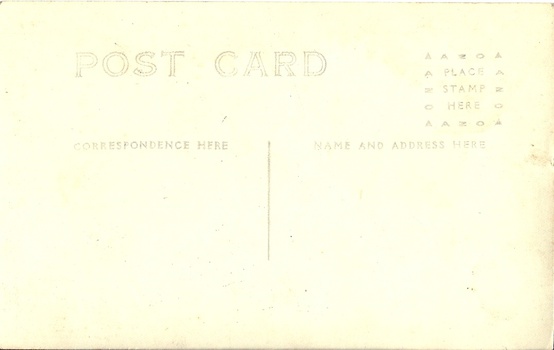 "On the 12th day of April, 1878, William P. Glyndon (Alias James R. Saunders), was committed to the Penitentiary for the term of his natural life, for the sentence of first degree murder of a young girl in Grundy County, Iowa."

May 13, 1909 - Pardon
"William P. Glyndon, the oldest prisoner in the United States is to be pardoned from the state penitentiary. He has been contained 31 years for a crime of which he still insists he was innocent. The crime against him was circumstantial. His Attorney (Heald) succeeded in obtaining a pardon, due to lack of proof.

Glyndon was released by pardon of the Governor, after serving 31 years for the alleged murder of a 14-year-old girl in Grundy county. Glyndon, is now hale and hearty at 71 years. He was a sharpshooter in an Ohio regiment in the civil war, and was granted a soldier's pension since his incarceration, during which time he saved $1,800. He came of a prominent eastern Ohio family, and has all these years hidden his family name behind that of Glyndon, the family not: knowing his whereabouts. He expects to go to Ohio to look up his relatives".

"The prison doors when they swing outward for him will usher him into a world to which he is a stranger. The world has moved rapidly past since he left it 31 years ago and he has not learned of the electric street car. The telephone, the automobile the modern skyscraper, the moving picture idea nor the aeroplane. Glyndon will go to Cedar Rapids for a visit with friends and try to accustom himself to the world "that is to him practically a new existence."

"Glyndon never admitted his guilt. The murder was the third of it's sort within a short time, although it was conclusively proven he could have had nothing to do with the other suspects. Public feeling was so intense that after the third crime and the arrest of the suspect a mob gathered and came near-hanging him. The mob even threw a rope over his neck while he was in the sheriff's carriage. Later, when they were driving across the country, the Sheriff thought he heard another pursuing. He sent the the carriage ahead into the wood. Guards took the prisoner into a cornfield. Because he was a hero in the Civil War, the Sheriff felt as though he deserved his pardon. At this point, he unshackled Glyndon, gave him a revolver and told him to fight for his life adding, "I'd rather search the whole United States over than to see you have been lynched."
Quoted as writted from May 13, 1909 Newspaper Article - Fort Madison, Iowa - Associated Press