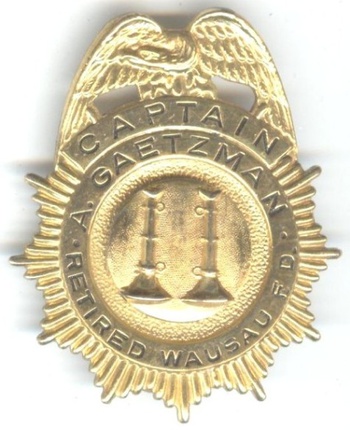 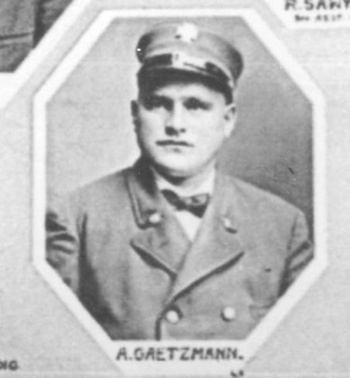 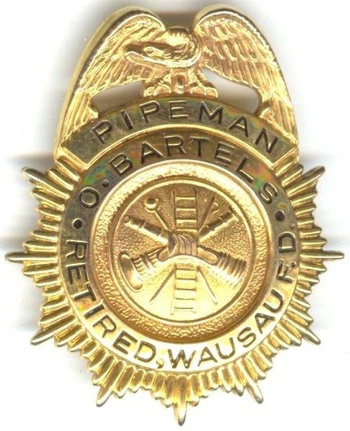 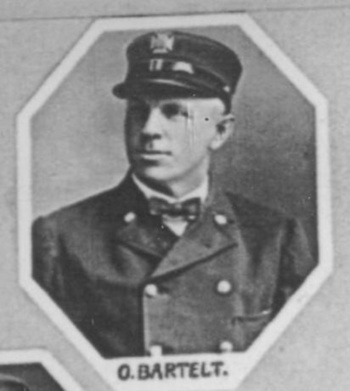 For a collector of medals and badges it is always a thrill to get presentation pieces that are named. In my collection there are two Wausau Fire Department retirement badges which are both named on the front in regular style lettering instead of the cheaper engraved on back versions which are encountered much more often. Recently in an antique mall I found a large framed photo of 26 individual photo’s of the Wausau Fire Department in 1918. Each photo is named and both of the original owners of my badges are included. Most interesting is that the names under the photo’s are spelled differently than the spellings of the names on the badges! As luck would have it, the Marathon County Historical Society has many Wausau City Directories on line. City directories usually list names, addresses and occupations. With these directories I was able to determine that the names under the photo’s were correct while those on the badges are incorrectly spelled. The name ‘Gaetzmann” was spelled with only one N which happens frequently to anyone whose name ends with two N’s. In this case it looks like the space available on the badge could only accommodate one N. If the spelling error was noticed after the name had been prepared a correction would have required a total reworking of the name in smaller letters and may have been considered not worth the effort.. The other badge with the name Bartels should have read Bartelt. I imagine that the naming instructions to the die cutter were probably hand written and the T could easily have been miss read as an S. 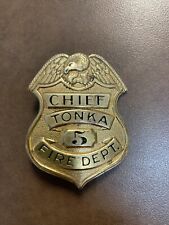 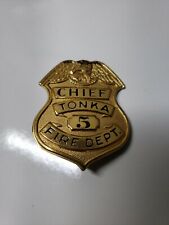 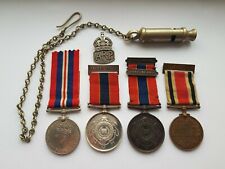