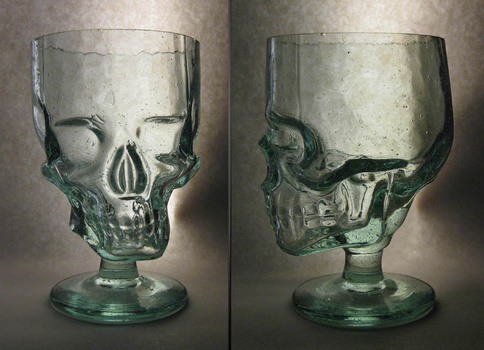 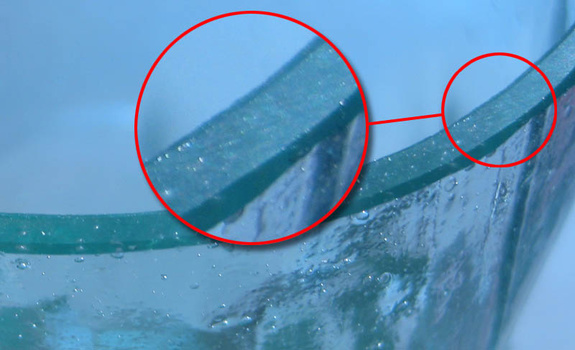 A little help here maybe? In 40 years of collecting old bottles and glass, this piece is my biggest mystery. I bought it from a collector in 1974 while living in Albuquerque New Mexico. My best guess is that it might have something to do with The Day of the Dead celebrations in Mexico and around the world, also known as All Souls Day. It does not look like Mexican glass I am familiar with, however. It's very detailed and well made, right down to a finely ground and beveled rim. The bowl was blown into a three part mold, and is whittled and bubbly. I would have placed it in the middle part of the 19th century, but for the fact that is has no base wear. I have seen the odd bottle with no base wear, but not a utilitarian piece like a goblet. Any thoughts?