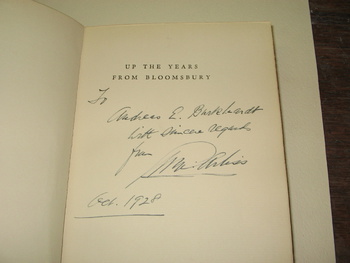 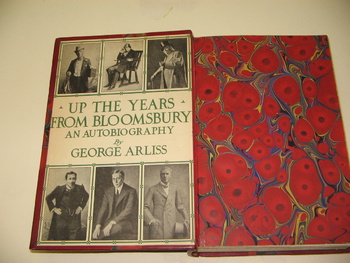 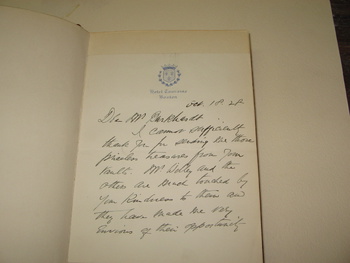 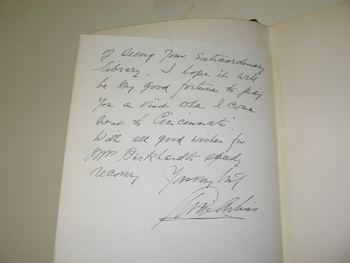 Who is George Arliss you may ask.
George Arliss was born in 1868 and died in 1946.
Mr. Arliss was an English Actor,author and filmmaker.He was the first British actor to win an Academy Award.He won that award for Best actor in 1929.It was his role in "Disraeli".
Disraeli is the story of the British Prime Minster Benjamin Disraeli.

The two page note in front of the book is to a Mrs. Burkhardt about her husband whom was ill. Mr. Burkhardt had at the time a world class book collection.

The book is about George Arliss and his career.The book is bound in leather with gold gilt pages.