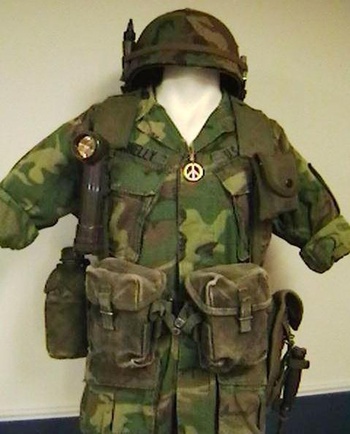 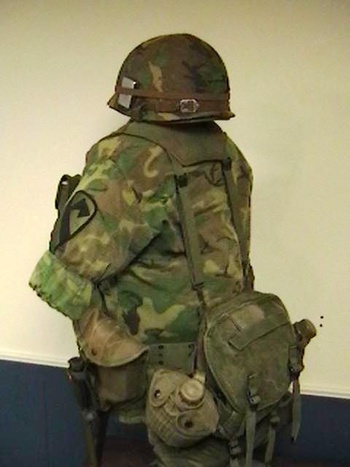 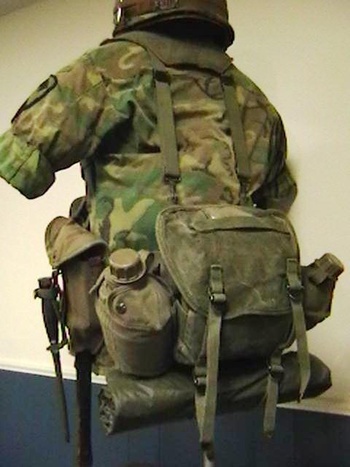 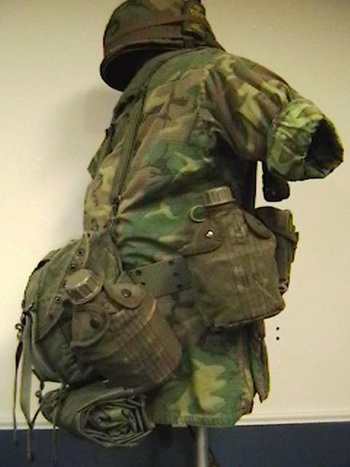 A Shau Valley,Vietnam,1968. This is what A U.S. soldier would be wearing in the hot jungles of Vietnam. Pictured is a complete set of web equipment, along with an ERDL camouflage Army jungle jacket. The jacket has the patch for the 1st Air Cavalry Division, which saw heavy action in Vietnam. The jacket also has the name patch, along with the Combat Infantrymans Badge patch stitched above the left pocket. The jacket as well as all of the equipment is dated 1968.
Suspended from the H shoulder harness and waist belt are two M-16 ammo pouches, folding shovel with a bayonet for the M-16 rifle, butt pack, 3 canteens for extra water, waterproof poncho, signal flashlight, and a compass pouch which was usually used to carry bandages. Also shown is an M-1 helmet with an ERDL camo cover. Held by the elastic camo band on the helmet is a 1967 Zippo lighter with the name "John" engraved on it. The lighters were also used for "Zippo Raids" when destroying villages. There is also a plastic bottle of oil for weapons. The next post will show closeups of the equipment.