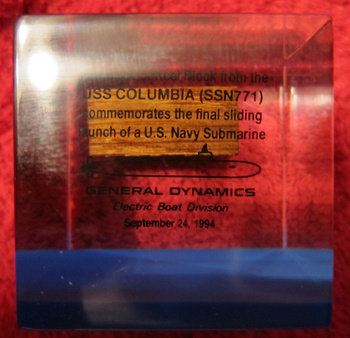 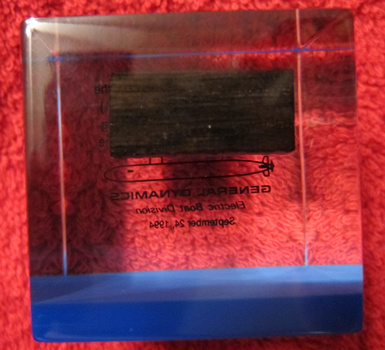 USS Columbia (SSN-771), a Los Angeles class submarine, is the eighth boat of the United States Navy to bear that name. The earlier Columbia's were given their names for differing reasons; SSN-771 was specifically named in honor of Columbia, South Carolina, Columbia, Missouri, and Columbia, Illinois.

The contract to build Columbia was awarded to the Electric Boat Division of General Dynamics Corporation in Groton, Connecticut on 14 December 1988 and her keel was laid down on 21 April 1993. She was launched on 24 September 1994 with the slide down a 1300-foot wooden ramp, the last American submarine to do so.