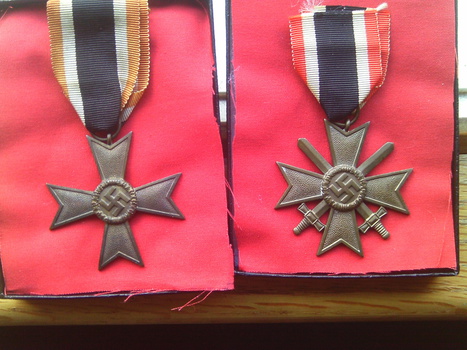 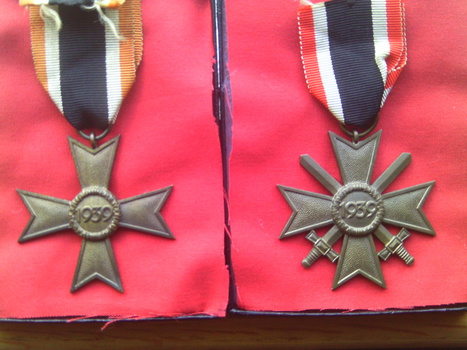 Got these from the local flea market over the summer, the guy selling them had a War Merit Medal too, in retrospect I don't know why I didn't buy it. First piece of WWII militeria I ever bought actually. Lots of other things had been given to me, but I'm so scared of fakes I've stayed away from it, especially German militeria, for so long.

Simple, honest awards awarded en mass during WWII. These are tombac, which means they are likely of an early war production, especially in conjunction with the early orange ribbon. They are actually quite beautiful for being "common" awards. That's one of the tragedies of Nazi stuff, some of it is so well made it's hard not to admire the craftsmanship.