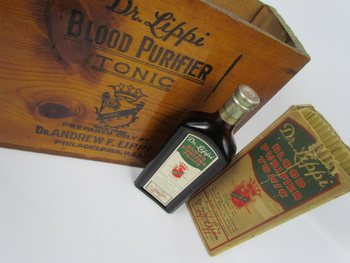 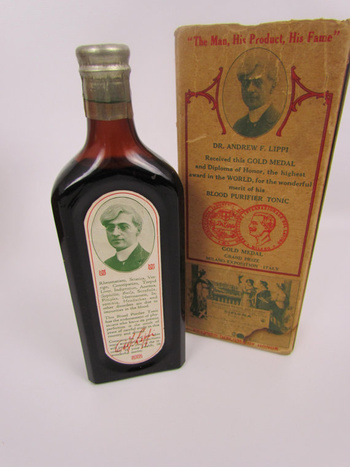 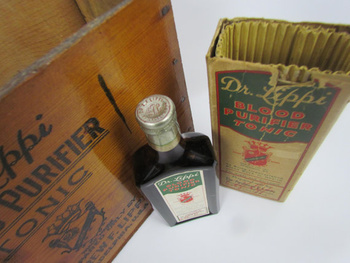 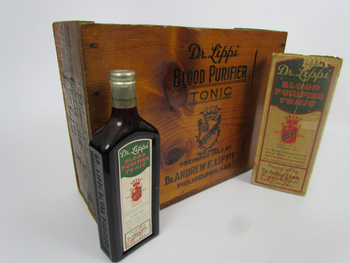 From the historical archives of the Jounal of American Medicine:

Lippi Blood Purifier Tonic.—In April, 1925, the A. F. Lippi Laboratories, Philadelphia, shipped into Massachusetts a quantity of "Dr. Lippi Blood Purifier Tonic," which government officials declared was misbranded. Analyzed by the Bureau of Chemistry, the preparation was reported to consist essentially of compounds of iron, arsenic, strychnine, potassium and iodine, with extracts from plant drugs, including a laxative, alcohol, sugar, flavoring and water. Some of the claims made on the label of this preparation were :
"For the Treatment of Rheumatism, Sciatica, Vertigo, Torpid Liver, Anemia, Indigestion, Boils, Syphilis, Scrofula, Pimples, Insomnia, Headaches, Nervousness and other Impurities of the Blood."
"Dr. Lippi Blood Purifier Tonic is certainly the best tonic purifier of the blood, called miraculous by everyone."
These and similar claims were declared by the government officials to be false and fraudulent, and, on September 23, 1925, the court entered judgment of condemnation and forfeiture and ordered that the product be destroyed.—(Notice of Judgment 13780; issued December, 1925. Chem. Suppl. 206)